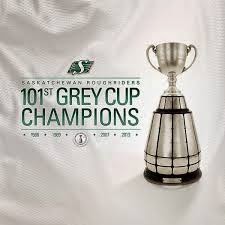 Assistant General Manager Paul Jones has been extended through 2021 and will be entering his second year with the Club.  Before joining the Riders, Jones spent 21 seasons with the Edmonton Eskimos, most recently as the Executive Director of Player Personnel. His 31-year scouting career began with the Winnipeg Blue Bombers in 1988. He went on to spend time with the NFL’s Minnesota Vikings before returning to the CFL in 1998. Jones has been a part of eight Grey Cup appearances and is a five-time Grey Cup Champion. He is widely known as one of footballs most respected talent evaluators with a keen eye for players suited for the CFL.

Kyle Carson joins the Riders as the team’s Director of Player Personnel after spending the last eight years with the Calgary Stampeders. He joined Calgary as an intern in 2012 before serving as the Scouting Assistant and Coordinator of Football Operations.  Carson was later promoted to CFL Draft Coordinator and was responsible for evaluating Canadian talent and attending NFL training camps. The Stampeders made it to four Grey Cups during his time with the team and he is a two-time Grey Cup Champion. Carson will work alongside Paul Jones and the scouting department in player personnel.

This will be Ryan Pollock’s second year as Director of Football Operations.  Pollock works closely with the General Manager on all football operations matters, as well as strategic planning.  He is responsible for the preparation, submission and registration of player contracts. Ryan is also responsible for the management of the salary cap, organization of free agent camps and support to all administrative needs of the football operations department. He has been with the club for seven years, first as the Manager of Communications before advancing to the Director of Media Relations and Football Communications. He is proudly a staff member of the Riders 2013 Grey Cup championship winning team.

Jordan Greenly has been the Riders’ Football Operations Coordinator since 2017. Greenly is responsible for all football operations logistics including team and staff travel and accommodations, organization of training camp, assisting players with housing and the onboarding process. He previously worked for the Edmonton Eskimos for three seasons as the Coordinator of Communications and Broadcast.