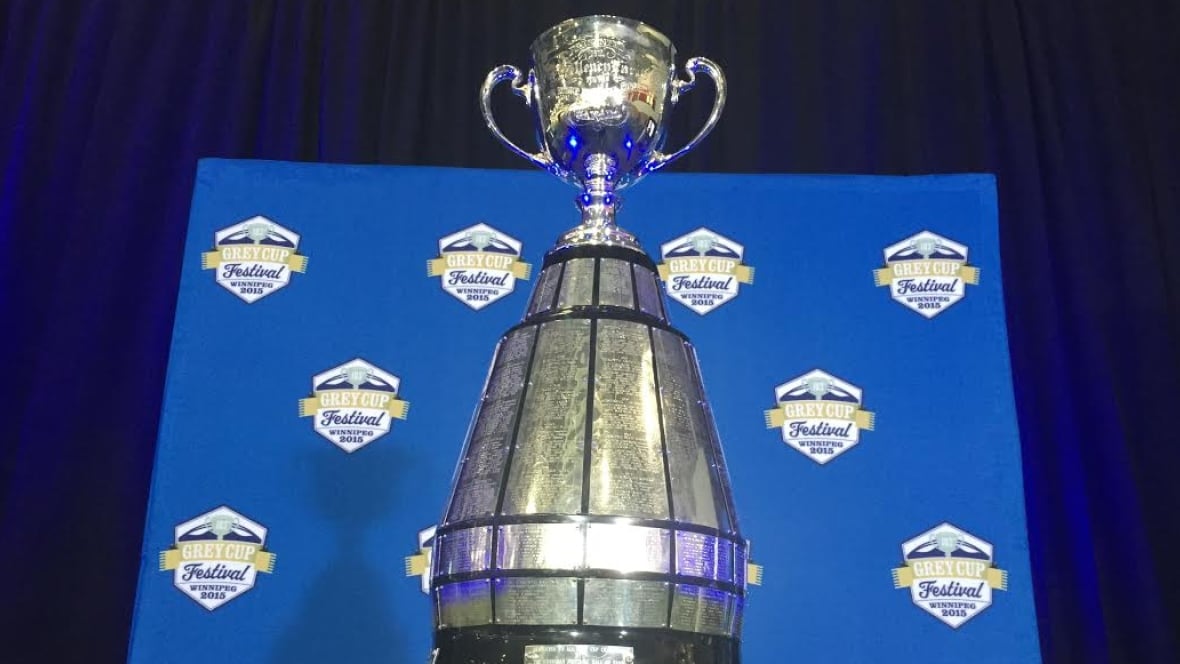 With the Ottawa Redblacks and Edmonton Eskimos settled into their hotels and bags unpacked, Wednesday marked the official beginning to what will surely be a rowdy week in Winnipeg as the city prepares to host the 103rd Grey Cup on Sunday.

Texting fail
It’s the kind of relationship Eskimos head coach Chris Jones isn’t looking to lose anytime soon. Jones, who finished the season 14-4 in just his second year with Edmonton, took a moment to expand on his relationship with NFL Hall of Fame coach Bill Parcells.

"About once a month or so I'll text him," said Jones during a Q & A this morning that also included Redblacks coach Rick Campbell. "I give him a hard time about not being able to return a text, but he gives me, you know, when I have questions, I know it's somebody that I can bounce ideas off of."

The friendship began thanks to a mutual friend in Paul Jones, the Eskimos executive director of player personnel. Now, the two talk whenever Jones feels the need for advice from the two-time Super Bowl winner, both of which came as coach of the New York Giants. He got some words of encouragement following last week’s 45-31 win over the Calgary Stampeders in the West Final but any encouragement heading in to Sunday’s Grey Cup will just have to wait.

"I left a message for him but I've not gotten a return call yet," said Jones.

Dimming the bright lights
There will be plenty to do in the days leading up to Sunday’s game with events happening at every corner of the city. With the bright lights constantly acting as a potential distraction, how does each coach plan to keep their players on the straight and narrow heading into the biggest game of the season?

"If you win the Grey Cup, you're a Grey Cup champion forever and you'll remember it forever," said Campbell, who led the Redblacks to a 14-4 record, tops in the East. "So that's where you want the focus to be, is that you're here first as a football player.

"We're not going to discourage our guys from interacting with some fans some and enjoying the process, but it's got to be about football. And we still have adequate time for meetings and practice and to do all the things we need to do. And to beat anybody, especially Edmonton, which is a top rate team in this league is we're going to have to be fully prepared, and our guys have been good so far and understanding that there's a big difference between winning and losing the Grey Cup, and so you want to be able to put your best foot forward."

For Jones, the message was to take nothing for granted mixed in with a threat of being sent home.

"We actually flew in a couple of hours early yesterday just so the guys could go out, get a bite to eat at a regular hour and not be rushed around like normally you are at most of these events," he said. "I told them, I said, you assume when you're young that a lot of things are going to happen over and over and over. There's no guarantee that you'll ever be back at this moment, so enjoy the moment.

"But with that being said, I told the coaches to make sure that their, PR guys and whoever it may be that, you know, we flew in on a plane, that there's planes going out. So if you act the wrong way, we'd fly you home."

To sex or not to sex
Known as the Jim Hunt Memorial Question, it's become a tradition to ask each head coach their philosophy on whether their players should have sex during Grey Cup week. Given a slight heads up the question was coming, here's what Campbell had to say about the topic:

"Well, it's my job to put guys in the best position to have success, whether that's on or off the field," started Campbell. "So I guess I'm going to give advice more than a policy. And this would probably apply to most of our players and coaches, and it mirrors our football team this year – is that the odds aren't good, and no one gave you much of a chance, but if you pay attention to detail and you execute, and you do it with zest and enthusiasm, anything can happen."