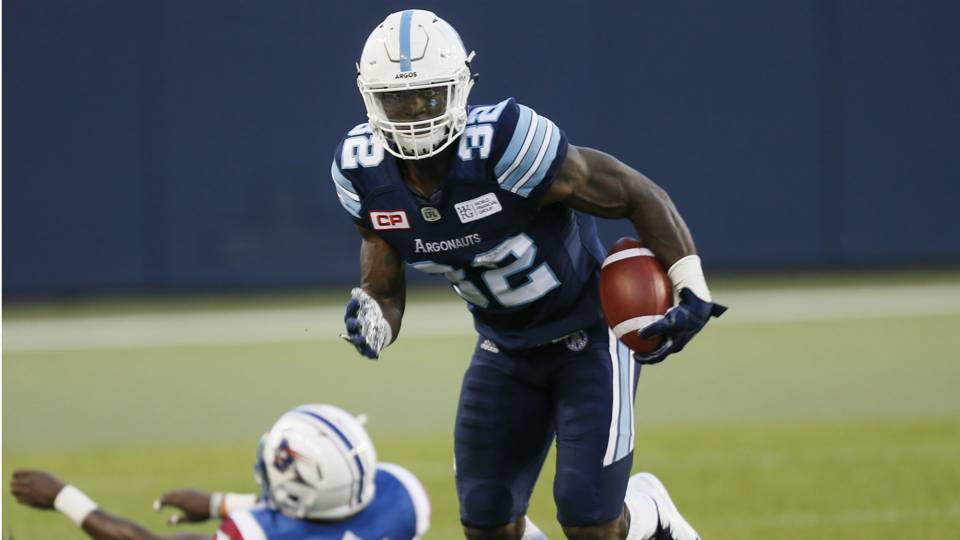 The Toronto Argonauts announced today that the team has signed international running back James Wilder Jr. to a two-year contract extension through the 2019 season.

“James had an incredible rookie season with us in 2017 and we’re thrilled we were able to reach a deal with him to extend,” said Argos GM Jim Popp. “We look forward to how James will continue to build on his game in his second year in Canada.”

After opening the season on special teams and racking up seven special teams tackles, Wilder burst onto the scene with 257 combined yards in his first career start vs. Edmonton. His 190 rushing yards against the Eskimos ranks fourth in Argos single-game history and earned him the first of four CFL Top Performer of the Week honours. A week later, Wilder rattled off another 218 combined yards against the Montreal Alouettes, rushing for 141 yards while catching six passes for 77 yards. His 331 rushing yards in the two contests was the largest total in a two-game stretch in Argos history.

In November, Wilder became the first Argonauts player to receive the CFL’s Most Outstanding Rookie award since Derrell Mitchell in 1997.

Prior to joining the Argos as a free agent in 2017, Wilder spent time with the Buffalo Bills and Cincinnati Bengals. In three collegiate seasons at Florida State University, he tallied 1,363 rushing yards and 20 touchdowns on 226 carries and caught 24 passes for 182 yards and two touchdowns. Wilder followed up ACC Championship Game MVP honours as a sophomore in 2012 with Honourable Mention All-ACC recognition as a junior in 2013.
at 3/03/2018

Kory Sheets 2.0 - will be 2018's leading rusher for sure as long as he does not get hurt. Great news for the CFL and the Argos.

The CFL is even better with this young man.