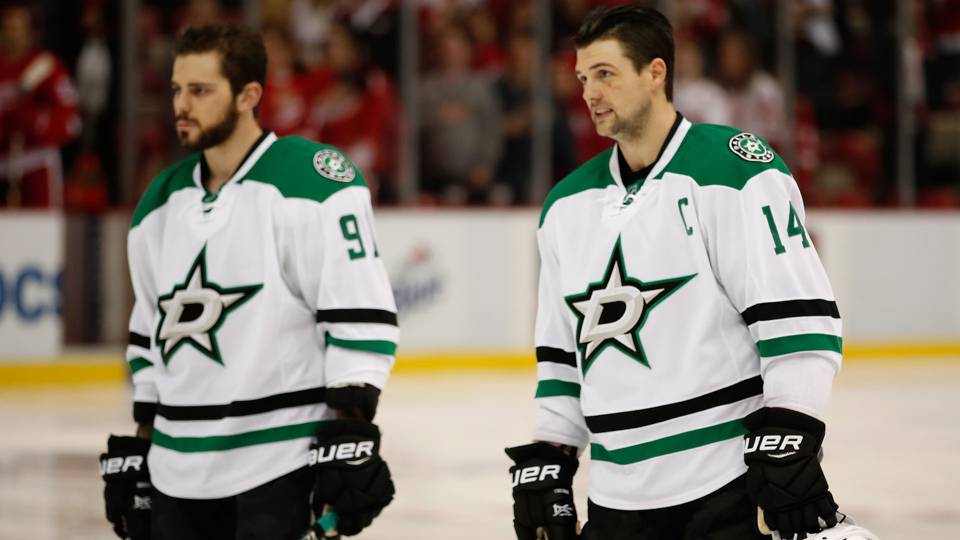 Stars CEO Jim Lites went on record Friday with reporters in Dallas about the performance of the team's two highest-paid players Jamie Benn and Tyler Seguin. He held nothing back.

“They are f—ing horse-s—, I don’t know how else to put it,” Lites said, via The Athletic. “The team was ok. But (Tyler) Seguin and (Jamie) Benn were terrible.”

This comes one day after the Stars defeated the Predators 2-0, but with little help from the team's two most expensive players. That has been a theme this year as Benn and Seguin have combined for 62 points in 38 games. There are two individual NHL players who have already eclipsed the 60-point mark this season in Nikita Kucherov (61) and Mikko Rantanen (60).

Those two players are making a combined $10 million this season. Benn and Seguin are making $20 million.

Lites' words are strong, but Benn and Seguin told reporters they are well aware they need to be better.


“Not good enough,” Seguin said, via The Athletic. “I’ve got to play better. I’m trying to do a job, and I haven’t had the right results.”

“I think it’s pretty self-explanatory; if this team wants to get to the next level that starts with myself,” Benn told The Athletic. “And that’s exactly what needs to happen, we need to get better.”

The Stars currently occupy the second wild-card spot in the Western Conference but they are just one point clear of the Canucks and two points away from the Oilers. If Benn and Seguin don't play better, Dallas could miss the playoffs.

"These guys have been great players, but we are 40 games into this season and they aren’t getting it done,” Lites said. “We are going to sleepwalk to another 14th place from the bottom and miss the playoffs.”


So what team will these two be playing on at the end of the season? Can't say I am surprised by Seguin. Boston saw what his act was all about.

Seguin will be welcomed with open arms in Edmonton with the Oilers or Colorado. Benn in with Nashville.