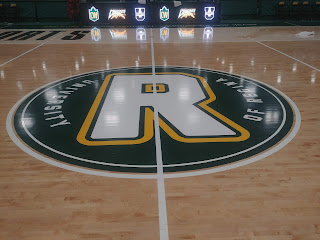 Women’s Basketball (U SPORTS Ranking: No. 6) – After a bye through the first round of the Canada West postseason, the No. 3-seeded Cougars host a best-of-three quarterfinal series against No. 7 seed Victoria at the Centre for Kinesiology, Health & Sport. The teams played earlier this year in Victoria, with the Cougars winning 85-50 in the first game of the weekend doubleheader but falling 70-69 to the Vikes the next night. Game 1 and Game 2 are set for Thursday and Friday, respectively, with a third game set for Saturday if it’s needed. All games will tip off at 7:00 PM at the CKHS.

Men’s Basketball – Myles Hamilton scored 29 points and added 12 rebounds to lead the Cougars to a 106-83 home win over Mount Royal in a Canada West play-in game on Friday. That sets up a showdown against Saskatchewan in the conference quarterfinals in Saskatoon, with the best-of-three series set to go Thursday through Saturday. All games will tip off at 8:00 PM at the Physical Activity Complex on the U of S campus.

Women’s Hockey – The Cougars were topped 6-1 and 1-0 on the road by UBC last weekend in what was their final two games of the Canada West schedule. They finish with 34 points in 28 Canada West games, which puts them at sixth in the conference standings and sets up a rematch with the Thunderbirds in a best-of-three quarterfinal series at the Doug Mitchell Thunderbird Sports Centre in Vancouver that starts Friday.

Women’s Volleyball – The surging Cougars capped their conference schedule with a pair of road wins over Manitoba, winning in three sets on Friday and in four sets on Saturday to finish with a 16-8 Canada West record. It’s been a monumental season for the U of R – the Cougars set a program record for wins (16), finished with the second best winning percentage (.667) in program history, and head into the postseason riding a school-record 10-match winning streak. They have this weekend off, and will know by Saturday whether they finish fourth or fifth in the Canada West standings.

Track & Field – Greg Hetterley won the 1000-metre run at the David Hemery Valentine Invitational in Boston on Saturday and set a pair of records in the process. His time of 2:24.84 is not only a University of Regina record, but also breaks a mark of 2:25.91 that had stood since 1990 as the fastest time ever by a Saskatchewan resident. The rest of the Cougars competed at the Pandas Open in Edmonton and the Regina Indoor Games as the teams had their final tune-up meets leading up to the Canada West Championships, which will be held in Edmonton on Feb. 22 and Feb. 23.

Swimming – The Cougars had their final tune-up competition before the U SPORTS meet this past weekend, as the teams headed up to Saskatoon to participate in the Goldfins Brainsport Winter Classic. Bree Crookshanks highlighted the meet with a stellar win in the 100-metre breaststroke, with her time of 1:11.84 standing as her long-course personal best and lifting her into the No. 6 ranking nationally in the event. The Cougars will have next weekend away from competition before competing at the U SPORTS Championships from Feb. 21 to Feb. 23 in Vancouver.

Men’s Hockey – The Cougars bid farewell to fifth-year forwards Corey Kosloski and Zach McPhee on Saturday as both players appeared in the final game of their U SPORTS careers. Regina closed out the 2018-19 season with a pair of home losses to UBC, falling 5-1 to the Thunderbirds on Friday and 2-0 the next day.