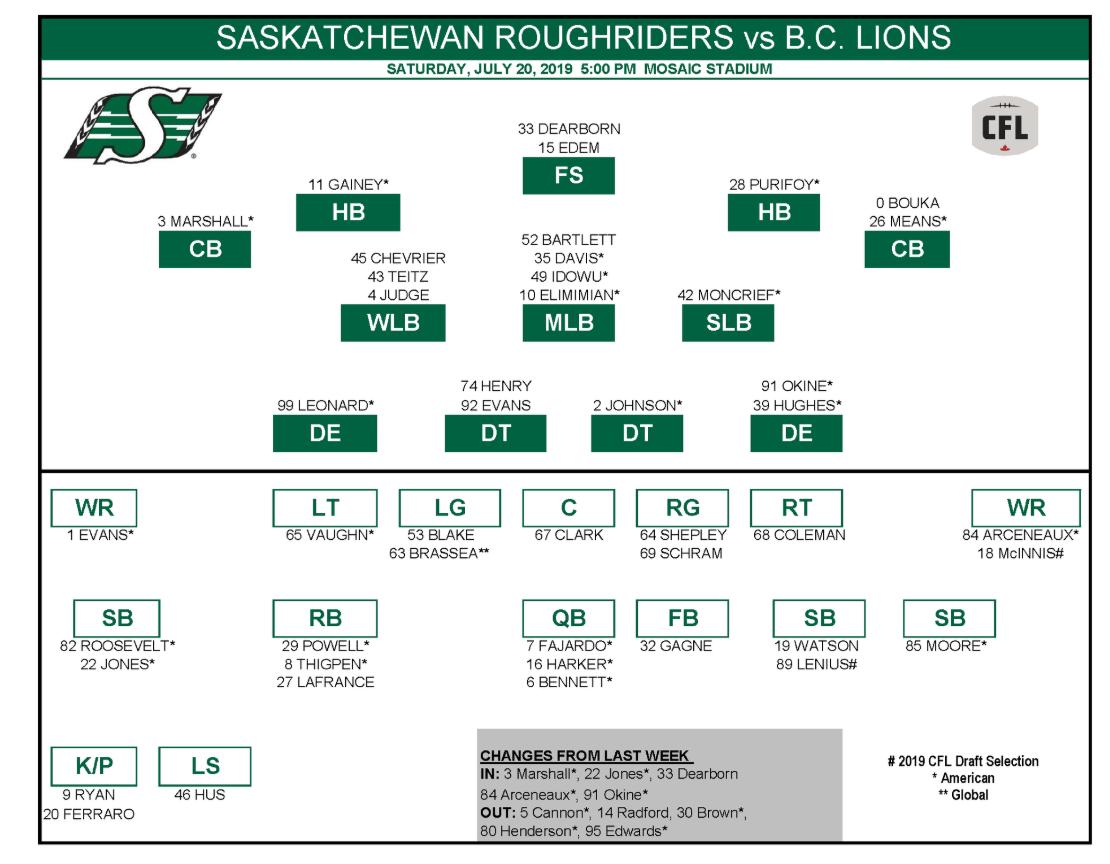 --Charleston Hughes has a 3-game streak with at least one QB Sack and leads the CFL with 5.

Good luck today Green! Lose today and the season is a write off. No pressure at all.