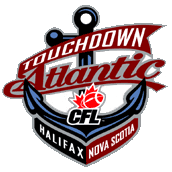 The 2020 edition of Touchdown Atlantic has sold out in one day after opening to public sale. The Toronto Argonauts are set to play host to the visiting Saskatchewan Roughriders in the east coast contest on July 25 at Huskies Stadium on the grounds of Saint Mary’s University.
“We couldn’t be more thrilled with the response to this year’s Touchdown Atlantic,” said Canadian Football League (CFL) Commissioner Randy Ambrosie. “Our incredible fans from every corner of the country have come together to deliver the league a clear message: that Canadian football has a home in Atlantic Canada.

“We have fans of the Riders and the Argos who are excited to see their teams in action. We have individuals from BC who are eager to take in the stunning opposite coast. And of course, we have fans and families from across Halifax and throughout Atlantic Canada who are ready to welcome everyone to this beautiful part of the country.”

For the game, capacity at Huskies Stadium had been increased to approximately 10,000. Given the community’s quick response, the CFL has begun exploring options to welcome more fans to the annual event.

“We anticipated that a quick sellout might be possible and we have a number of plans to increase capacity for the big game," said Duane Vienneau, the CFL’s Chief Grey Cup and Events Officer. "We are actively exploring options with Saint Mary’s University to potentially expand fixed seating and to increase capacity in both the Family and Party Zones."

In addition to the Touchdown Atlantic matchup, the game will be preceded by a three-day ‘mini Grey Cup festival’, a series of media events and community visits by both teams. Further details will be announced in the months leading up to the game.