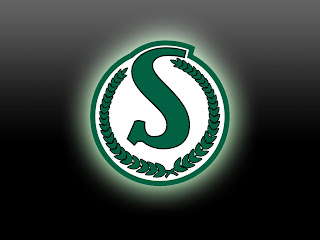 Saskatchewan Roughriders Darian Durant, Renauld Williams and Rob Bagg have each been named a CFL Gibson’s Finest Player of the Week.

This is the third time is his career that Durant has been named offensive player of the week.

Williams was named the Defensive Player of the Week after leading a dominating defensive performance in the Riders shutout win over Hamilton. The 32-year-old middle linebacker picked up three defensive tackles and two quarterback sacks. The Hofstra graduate has tied his single-season high of five sacks after only four weeks.

This is the third time in his career and the second consecutive week that Williams has received weekly defensive honours.

Bagg was named Canadian Player of the Week after a breakout game on Sunday. The 28-year-old Kingston native had five receptions for 125 yards and two touchdowns, including a 60-yard score. For Bagg, it was his sixth career 100-yard game and second highest single game total.

This is the third time in his career Bagg has been named Canadian Player of the Week after picking up honours once in 2008 and once in 2009.

Durant, Williams and Bagg become the fourth, fifth and sixth Riders to pick up weekly awards this season after Kory Sheets and Williams were named last week while returner Jock Sanders picked up Special Teams honours the week before.

Was there any doubt?

Sheets is tearing up the league in rushing, Durant is tearing the league up in passing and Williams has been a monster on defense. What a July it has been!!!