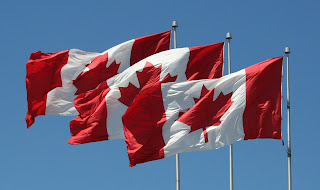 Happy Canada Day everyone! 2013 is half over. Have you started your Christmas shopping yet?

I don't understand some of the Rider Nation these days. You would think they'd be ecstatic after stomping on the Eskimos in the season opener, but a 20 plus point win isn't enough. Many are after Coach Chamblin because he didn't throw the challenge flag on the Macho Harris interception or that he seemingly defended Dwight Anderson after the game. Others are on Darian Durant's case even though he threw for 3 TD"s. WHAT DO YOU PEOPLE WANT??

Yeah, I'd be choked had the Riders lost that game because of Anderson's stupidity or Chamblin making a mistake, but they won the game. At the end of the day isn't that what matters? As someone said to me Saturday night, those that are against Anderson should go look in the mirror because they are the first ones to run off the rails when the slightest thing goes wrong with the team and they start looking for a scapegoat.

All I'll say is I'd rather have Corey Chamblin as a head coach over Kavis Reed any day of the week.
----
Was the best looking team in Week 1 Calgary or the Riders? I will say Calgary because I think just about everyone expected the Riders to beat Edmonton. The worst team was the Eskimos. They just didn't look ready for the regular season.
-----
Did you catch these two guys on Friday afternoon? 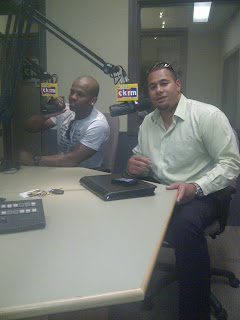 Lance Frazier and Luc Mullinder scored a touchdown on their first possession as they joined the CKRM "Rider Radio" family with an appearance on "Four Seasons Football Friday" in the Sportscage. I knew the pair would bring some insight to the forefront, but they didn't hold back on anything.  I just sat back, asked the question and let them go. They are tremendous additions.

As the Riders-Eskimos game was about to start, some kind of ruckus started out on the field. It caused those at Commonwealth to boo the Riders. It made Rod Pedersen say "Thunderous boos greet the Riders as they come out. They don't like us here....that's alright, we don't like them either." WHAT A GREAT LINE!!  I would have listened to more of Rod, but they continued on with the national anthem singer and my ears started to bleed so I checked out Cuthbert and Suitor. I like to sync up the radio broadcast with the telecast, but its tough when I wanted to check out the golf and the baseball to keep from changing the channel.
----
On my way home from doing "Roughrider Gameday" with Michael Ball on Saturday, I stopped to get some gas and lotto tickets from a Co-op. Inside the store, they had a stand-up of Geroy Simon advertising his sour cream potato chips. There was just one problem. They didn't have any of them for sale----or the Dressler chips. They weren't even sold out as they just had the cut-out. Does anyone see something wrong with that?
---
After seeing Calgary play the way they did against the Lions and seeing the Riders play the way they did against the Eskimos, I am expecting one helluva football game Friday night, Can the Rider Nation sell out Mosaic on the only Friday night home game of the year. I doubt it, but I hope so.

----
Hafta wonder if Chris Williams was watching the Hamilton-Toronto game and what he thought as Lindsey Lamar took a kickoff back to the house. They aren't missing ya Chris....not one bit.
----
That Ti-Cats defense still looks atrocious. Kent Austin has his work cut out for him in getting that side of the ball playing well. Is it just me or has Austin gained a little weight?
----
Ricky Ray and Henry Burris looked in mid-season form. That's a scary thought.
-----
Many names were talked about as trade bait as the NHL draft started Sunday, but only one big name moved and that was Cory Schneider. I laugh at everyone as they talk about this guy going here or this guy going there and in the end, nothing really happens. I will admit though that I didn't see the Canucks trading Schneider and I didn't expect the Devils to be the team they traded them to. I also thought Vancouver would get a lot more than just the number nine draft pick. Mike Gillis blew that one big-time. The team has to mend fences with Roberto Luongo now. It won't be easy. Rumours suggested Edmonton offered the Canucks a much better package for Schneider, but Gillis turned it down. Is it just because they're a division rival?
---
Morgan Klimchuk was hoping his hometown team would take him and that's what happened. Good on the Regina Pats forward for being taken by the Calgary Flames. I can see Klimchuk being a 3rd line guy for them in the next couple of years while chipping in 10-13 goals a year.  Congrats to Kyle Burroughs too for getting selected in the 7th round by the Islanders.
-----
I can't believe Seth Jones fell all the way to #4. Nashville GM David Poile had to be smiling from ear-to-ear when he knew he was going to get the big defenseman.  I can understand Colorado wanting to take the sexy pick by grabbing Nathan McKinnon who will contribute on the scoresheet more than Jones, but what was Florida thinking?
---
I loved the Oilers pick of Darnell Nurse at #7. The team had enough young forwards and it was time to add a defenseman to go with Justin Schultz. Former NFL quarterback Donovan McNabb is Nurse's uncle. No truth to the rumour that Eskimos GM Ed Hervey has approached the Oilers wondering if McNabb will move to Edmonton to live with Nurse and perhaps revive his football career.
----
Sportsnet's John Shannon has said the Flames may be moving to Saskatoon until the Saddledome is ready after the flooding in Calgary. Flames owner Ken King is trying to throw cold water on that idea though. Here's what King had to say when approached on the topic. I can't see the Saddledome being ready, but who knows.
-----
I wonder what goes through Gary Bettman's mind when he gets booed as lustily as he did while in Boston to present the Stanley Cup and again at the start of the NHL draft. It honestly looks to me as if he is just soaking in the hatred. He seems to love it.
----
Who thought the Pittsburgh Pirates would be the best team in Major League Baseball on July 1?
---
If you can't beat Boston, Tampa and the Yankees, you're not going anywhere. The Jays need to learn that lesson and learn it quickly. The Jays have to decide very quickly if they are going to be a seller or a buyer at the trade deadline. If they are going to be a buyer, I would ask the Arizona Diamondbacks if they would like to send Aaron Hill back. He would fit nicely in that lineup and be better than Maicer Izturis and the woefully inept Emilio Bonafacio.
-----
The New York Knicks are actually sending a package of players to the Raptors for Andrea Bargnani? Really??? Some of that package includes first round draft picks in two seasons. Really???
-----
The person who won the 50-50 at the Stampeders game Friday night gave it all back as donated the 31-thousand to flood relief efforts. Would you do that? I can honestly say I might give 10 percent, but not 100. What a great gesture!
----
Another former pro wrestler has bit the dust as the guy who played Doink the Clown in WWE has died at 57. Its sad to see these guys go knowing that they did the damage and likely kept doing the damage till the end to themselves.
-----
Locker Talk co-host Pete Paczko looks like he's ready to take on all comers... 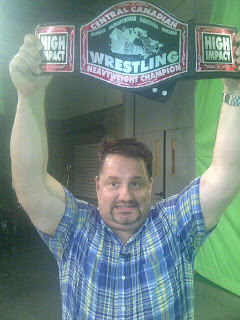 Nothing more needs to be said! Nothing!
-----
That's all I got. Have a great Canada Day and remember "Two Beavers are Better than One"
﻿

You're a Saskatchewan boy Mitch. When are you going to learn that part of the Saskatchewan charter is being a whiner and a complainer. We've been doing it for over 100 years so why stop now?

Solid outing by the Riders, but they will have to pick it up a little to beat Calgary. They are just a little more talented. Good Monday read.

Is there a podcast of Friday's Cage somewhere? I want to hear Frazier/Mullinder.

Frazier and Mullinder were awesome!!

Colorado, Florida and Tampa will rue the day that they missed out on Jones. He will win a Norris Trophy. You can't pass on franchise d-men.

sportscage.ca take you direct to the Cage site.

speaking of sites, Mitch, is there a way to change the stylesheet on your site so links are underlined or a different color? They all sort of blend in with the rest of the article.

Image a huge room of like minded people but 2 or 3 are totally nuts jobs but yet you only quote from the few wackos as the reprentative sample of the entire room. That is YOU all of the time Mitch and it is getting tiresome. 99.997% of fans are all positive about last game but you find the .001 of screwballs to quote on behalf of rider fans. Jeesh it makes me want to puke...

I agree with the guy on Florida and Tampa regretting not taking Seth Jones, but Colorado got the best player by far w/MacKinnon !
-
"Colorado, Florida and Tampa will rue the day that they missed out on Jones. He will win a Norris Trophy. You can't pass on franchise d-men. "

Anon 6. Did you hear the phone-in show after the game? Do you read the comments on Rod's blog? Do you look at rideridiots.com. The negativity following a victory is needless, but its there. If you want to puke, go right ahead, but realize that you are likely part of the problem.

The reason Frazier and Mullinder sounded so good is because they told it like it is. Not sugar coated like all Regina media do with anything Roughrider.