Many Areas Discussed in CFL "State Of the League" Address 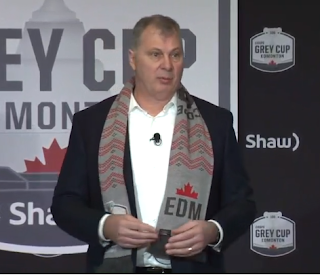 CFL Commissioner Randy Ambrosie was questioned on many things Friday morning as he met with the media to give the commissioner's annual "State of the League" address.

The main thing those in attendance wanted to know about was the new CBA and whether or not the start of the 2019 season could be threatened.

Ambrosie says the plan is to sit down with the CFLPA and present a plan shortly after Sunday's game with hopes that a deal can be reached.  He is confident one will happen that will suit both sides.

Other things brought up by Ambrosie:


Ambrosie says the 106th Grey Cup and the Grey Cup Festival showcase the greatness of our game, the strength of our brand and the support of our great fans. But we can still be a bigger, better, stronger Canadian Football League.”


No comments on AAF?