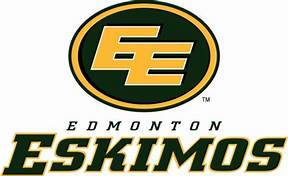 The Edmonton Eskimos have no immediate plans to change their name.

The CFL franchise has spent the past couple of years speaking with Inuit leaders and conducting research on the impact of the Eskimos name on the Inuit community.

And the club plans to do much more before being in a position to determine the final results of its efforts.

Despite a social media report Monday suggesting Edmonton would be changing its name to Empire, Allan Watt, a marketing and communications official with the Eskimos, said there's nothing imminent regarding a new team moniker.

"We've been doing many phases of research and been up north and done extensive research there," Watt said. "It was not about changing our name.

"It was asking (Inuit leaders) about how they feel about our name. And there's a big difference between the two."

Watt said the Edmonton club purposefully hired and international research company to help them gather information on the potential impact of the Eskimos' name on the Inuit community.

"When we embarked on this process, one of the things we wanted to do was make sure that we were getting answers from people without us in the room," he said. "There's only one way to do that and that's get somebody else asking.

"This is something that's been our name since 1910 . . . and we want to make the right decisions, not quick decisions.

Watt said there's no timetable regarding when the research results will be compiled. Until that's done, it's unfair to
speculate whether the CFL club will or won't change its name.

"We don't have the research results so there's no point," he said. "We're not researching a name change, we're researching how people feel about our name."

The Eskimos name is near and dear to CFL commissioner Randy Ambrosie's heart. The veteran offensive lineman finished his career in Edmonton (1989-93), winning a Grey Cup with the franchise in his final season before retiring.

Shortly after becoming commissioner, Ambrosie commended the Eskimos for the process they were taking regarding their team name.

But he also admitted a name change would be difficult to imagine, given all the memories he has as a former Eskimos player.

"When you've got jerseys tucked away that you'll want pass on to your kids and maybe grandkids one day because you're so proud of it ... the idea of that name going away is hard to fathom," Ambrosie told The Canadian Press.

"But I also know times change and so we have the conversation and we see where it takes us."