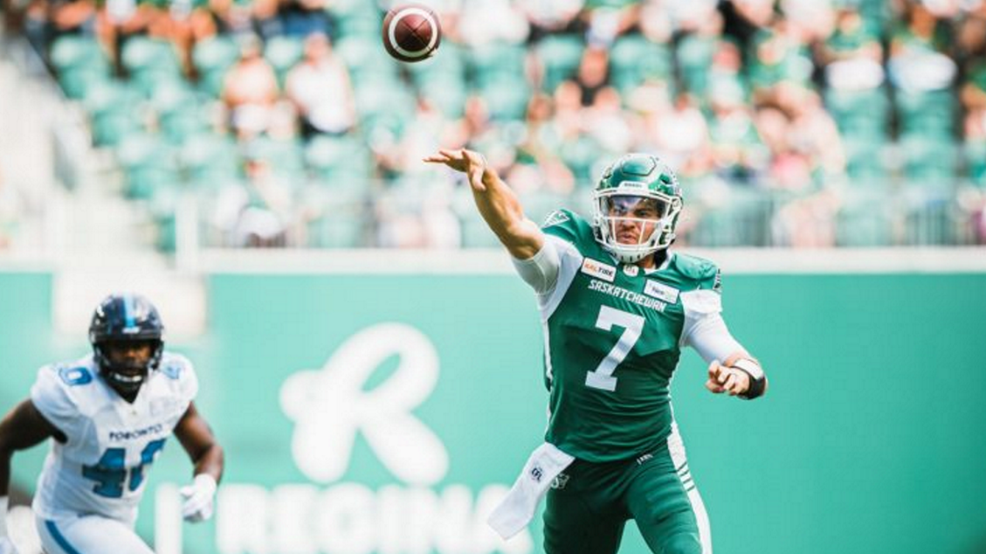 Cody Fajardo has been the story of the 2019 Saskatchewan Roughriders season.

Originally signed to be a backup, Fajardo was pressed into duty three plays into the season-opener against Hamilton after Zach Collaros was injured and he has not looked back.  Fajardo is a major reason as to why the team has won six straight as he has thrown for over 2400 yards and nine touchdowns going into Saturday's game at Winnipeg against the Bombers.

Fajardo only signed a one-year contract meaning he will be a free agent at year's end.  While he wants to focus on football, he did say Wednesday that his agent has spoken with the team about a contract extension.

“That’s not for me and I’m not sure yet,” Fajardo said. “I know that there has been a little bit of talking, but I’m obviously focused on the football aspect of it.

Fajardo says Regina is a place he has fallen in love with for many reasons including the passionate fan-base that the team has.

“In what I am looking for I think it fits well with who I am as a person. It’s a blue collar city which I’m absolutely all about – I love the small city feel. I love how everything is Roughriders,” Fajardo said. “When you can get in a city where you’re the number one thing in town, it’s pretty special. Being in the other places you’re competing with other professional sports or other events, but here we’re the talk of the town.  You can go out and interact with the fans and make their day.  That's what it is all about for me.  I love this place and I love this organization."

One player who was not at practice as the team started getting for Saturday's Banjo Bowl was defensive back Loucheiz Purifoy, but he had a good reason for not being there.  Head Coach Craig Dickenson says Purifoy has flown back to the U-S as he has become a father, but he will be back in time for Saturday's game.

In another development, the team hasn't made any official announcement about his return, but the CFL transactions page states receiver Jordan Williams-Lambert has rejoined the team after failing to crack the roster of the NFL's Chicago Bears.  Williams-Lambert was the Western Division rookie of the year last season after a season where he caught 62 passes for 764 yards and four touchdowns.