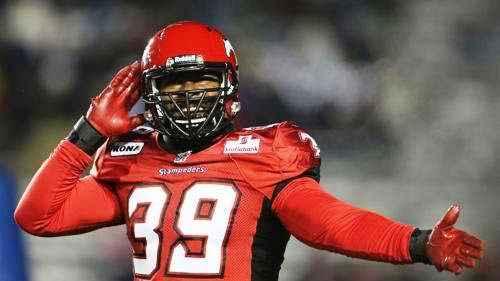 The Hamilton Tiger-Cats have acquired defensive end and five-time CFL All-Star Charleston Hughes in a trade with the Calgary Stampeders.

Hughes, 34, spent 10 seasons with the Red and White, where his 99 sacks rank him second among active leaders behind only Montreal’s John Bowman.

Despite his age, Hughes is considered one of the CFL’s most feared pass rushers. He’s hit double-digit sacks in five of his last six seasons, from his career-high 18 sacks in 2013 to his 11 quarterback takedowns last season.


No way CJ would have gotten him for that price, but what a steal for Hamilton! Glad to see him out of the West.