P.K. Subban scored the decisive goal in the second period as the Predators also evened their Second Round series at 2-2. 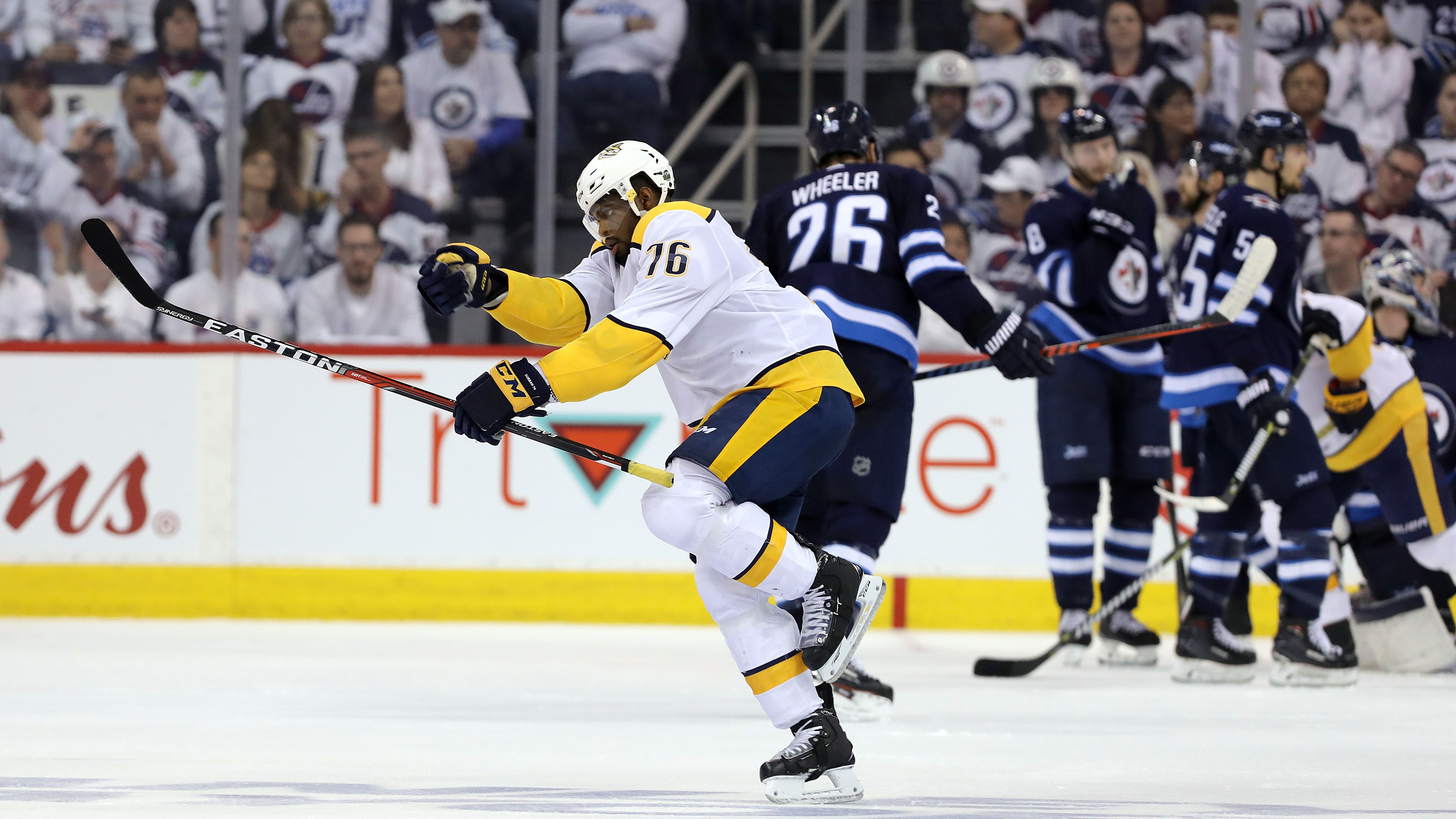 * Nashville snapped Winnipeg’s home winning streak at 13 games dating to March 2 (regular season and playoffs). The Predators, who also were the last team to defeat the Jets at Bell MTS Place (6-5 W on Feb. 27), shared the League lead with a franchise-record 25 road wins during the regular season.

* Nashville, which suffered a 7-4 loss in Game 3, became the fourth team in the 2018 Stanley Cup Playoffs to earn a win immediately following a game in which it allowed at least seven goals. The Predators joined the Flyers (Game 2 of FR at PIT), Maple Leafs (Game 3 of FR vs. BOS) and Sharks (Game 2 of SR at VGK).


* Subban, who has scored in three consecutive games (3-2—5), netted his 16th career playoff goal. Only two defensemen have registered more postseason goals since Subban made his NHL debut in 2009-10: Blackhawks teammates Brent Seabrook (19) and Duncan Keith (18).


GUENTZEL CONTINUES TORRID PACE AS PENGUINS EVEN SERIES
Jake Guentzel scored twice to extend his point streak to eight games (9-8—17) and help the Penguins even their Second Round series at 2-2.

* Guentzel has collected 23-19—42 in 35 career postseason games. Only eight players in NHL history have scored more goals through their first 35 career playoff appearances, including one member of the Penguins (Lemieux):

SNEAK PEEK AT FRIDAY’S ACTION
The Bruins look to even their series with the Lightning at 2-2, while the Golden Knights and Sharks shift back to Las Vegas with their series tied 2-2. Only one second round in NHL postseason history has featured all four series tied at 2-2 after four games (since 1974-75): 1986 (NYR vs. WSH, STL vs. TOR, EDM vs. CGY, HFD vs. MTL).