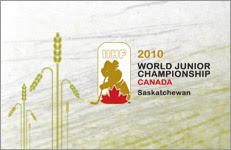 All the preparations are over. Its time to play hockey and to see if Canada can achieve "The Saskatchewan sixpack". While the tournament doesn't start officially until Boxing Day, we will get a good snapshot as to how good the Canadian team is tonight when they play Sweden in a rematch of the last two gold medal games tonight at 7 at the Brandt Centre---a sold out Brandt Centre I may add. It will be great to see the place sold out with the expanded seating for the first time. The game will be covered nationally by TSN2 starting at 5. Be on your best behaviour Regina, the country will be watching.
-----
There is now only one unbeaten left in the NFL. The Saints were beaten by Dallas meaning Indy is now the only team chasing perfection. Give a lot of credit (grumble, grumble) to the Cowboys who took it right to the Saints from the opening snap. It started to look as if Dallas was going to let this one get away from them, especially when for the 2nd week in a row, an easy field goal that would have given them the game was missed. Unlike last week in Washington though, the Saints couldn't complete the comeback thanks to a very swarming Dallas defensive line and that was it.
------
The Oilers led the Capitals 2-0 after two periods last night. I said this team won't beat the Capitals and I was right. Washington gets a pair from Ovechkin in the first 5 minutes of the 3rd, adds another one from former Warrior Tomas Fleischmann a few minutes later and it ends up 4-2. Surprise, surprise!!
------
The Riders have re-signed Regina receiver Chris Getzlaf for two years plus an option. I don't have to tell you what impact Getzlaf had for the football team last season. I would have been shocked if he ended up somewhere else.
------
Mike Holmgren says he would be interested in coming back to work for the Seahawks. The Seahawks offer him a job and he says no thanks. I guess Mike meant to say he would be interested in coming back to Seattle if the price was right and it wasn't. He'll end up in Cleveland now if what I'm reading is right. Good luck Mike! You have a lot of work to do in Cleveland....a lot of work indeed.
-------
Should be an interesting NFL Sunday with Mother Nature causing havoc as a big snowstorm rolls through the Northeast US. Two games have already had their start times moved to late games because of the storm. I'm thinking a lot of unders today if taking an over/under pro-line ticket.
-----
Chad Ochocinco is known for his outlandish stunts...stunts that get him fined. Chad wants to wear the number 15 jersey worn by Chris Henry as a tribute to his teammate and friend killed earlier this week. The NFL stiff-shirts says he can't and will be fined heavily if he does. The NFLPA says it will pay that fine if that should happen. If Ochocinco wants to wear 15 today, just let him. He's not trying to make a statement here...well OK he is, but not one that is worthy of a fine. It would be very crass for the league to penalize OchoCinco if he follows through on his promise today.
------
Have a good Sunday. Maybe I'll see you at the hockey game.
at 12/20/2009