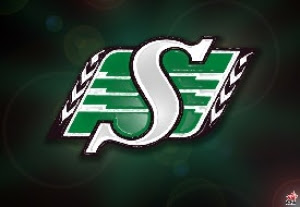 The Saskatchewan Roughriders announced today that they have signed import quarterbacks Colt Brennan and Drew Willy to contracts. Financial details of the signings were not released.

Brennan (6’3 – 207 lbs) was a Heisman Trophy finalist in 2007 during his senior season at Hawaii. In his three years at the school, Brennan broke a number of records including the NCAA Division I record for most touchdowns in a single season with 58 and NCAA record for highest pass completion percentage (70.4%). He holds a total of 31 NCAA Division I records. His other honours included being named the WAC Offensive Player of the Year twice and was named to the First-team All-WAC in two consecutive seasons. After his time with Hawaii, the 28-year old was drafted by the Washington Redskins in the sixth round of the 2008 NFL Draft making him the tenth quarterback to be selected in the draft. Brennan went on to lead NFL rookies in touchdown passes in the 2008 pre-season where he completed 36 of 53 pass attempts for 411 yards, three touchdowns and no interceptions. The following season he was placed on the injured reserve due to a season ending hamstring and hip injury. In 2010 he was traded to the Baltimore Ravens but was later released.

Willy (6’3 – 215 lbs) played at the University of Buffalo and went on to become the most prolific passer in Buffalo football history. As a four-year starter, he set school records for completions (849), attempts (1,322), passing yards (8,748), touchdowns (52), total offense (8,639), and completion percentage (64.2). During the final 20 games of his college career, Willy threw 36 touchdown passes and only six interceptions. After going as undrafted free agent in 2009, the 25-year-old initially signed with the Baltimore Ravens. After being released in August he was signed by the Indianapolis Colts and added to the active roster and then added to the team’s practice squad. After being released in 2010, Willy spent time with the UFL’s Las Vegas Locomotives before being signed by the New York Jets in January, 2011. He was released in September but immediately signed to the San Diego Chargers practice roster the following day.
at 2/28/2012

Colt Brennan? I thought this guy was an afterthought. If he can play the CFL game, he might be better than the guy we have now. Great signing BT!

Isn't Willy the QB that played under Danny in Buffalo.

It sure is Aaron

Brennan has an impressive resume, but so did Graham Harrell and Todd Reesing and they couldn't get it done up here. Say what you will, but that wide field kills many an American quarterback. Lets see what he can do on a Canadian field before we get too excited.

Hey Veeseven, Taman has found some backup QB's. Please enlighten us as to what his next move should be.

Yes, shut up veeseven! You too Obama!

I agree with Barry. Does anyone remember Tommy Chang. He came to the CFL with incredible credentials and did nothing. Brennan could be the next great QB, but he also might be the next in a long line of good American college QB's to fail in the CFL. I'll wait for camp to make judgment.

I remember watching Brennan play in college. He had amazing ability. I thought he would play in the NFL. He might be the guy that replaces Darian and with this being Darian's last year, you just never know.