A Blessing And A Curse --Bettman Talks About Instant Replay 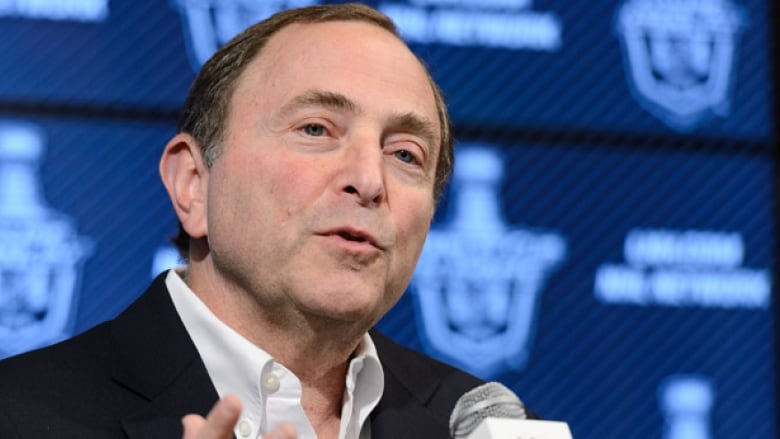 Before game one of the Stanley Cup Final kicked off  NHL Commissioner Gary Bettman and Deputy Commissioner Bill Daly gave their annual “State of the NHL” press conference. One of the biggest questions on hockey minds around the world right now is video review and the possible expansion of the process in the future. Speaking to reporters Bettman called video review “both a blessing and a curse,” admitting that the Competition Committee would discuss the issue again when they meet in the near future. The league wants to avoid “destroying the essential fabric of the game” with too many reviews.

Expanding video review is not what everyone wants, but when asked about the possibility of a reduction—specifically in regards to the offside review process—Bettman indicated that it would not be possible at this point, using the phrase “that ship has sailed.”

Given the way things have gone in the playoffs, especially with regards to the San Jose Sharks, there was always going to have to be a longer discussion on video reviews. The Sharks were involved in two key incidents that drove public outcry for expanded review rules. First, Vegas Golden Knights forward Cody Eakin was given a five-minute major for cross-checking Joe Pavelski which the league eventually apologized for. Pavelski suffered a serious injury, but the Sharks were able to score four times during the ensuing powerplay to pull ahead in a deciding game seven. Next, a hand pass was missed completely in overtime of game three of the Western Conference Final, leading to the game-winner by Erik Karlsson. The league once again admitted that the call was missed, but nothing could be done.

Those may have been the most notable incidents given their game-changing nature, but they were obviously not the only missed calls throughout the playoffs. The question for the league to answer is when will does review expansion stop, if not now. The game isn’t yet riddled with stoppages and called to Toronto’s war room, but it also is still missing or making the incorrect call at key times.