The Boston Bruins aim for a ninth straight win while the St. Louis Blues vie for their first-ever Stanley Cup Final victory tonight in Game 2 at TD Garden.

The Bruins will look to become the 10th team in NHL history to record at least nine straight wins within a postseason – a feat last achieved by the 2008 Detroit Red Wings. 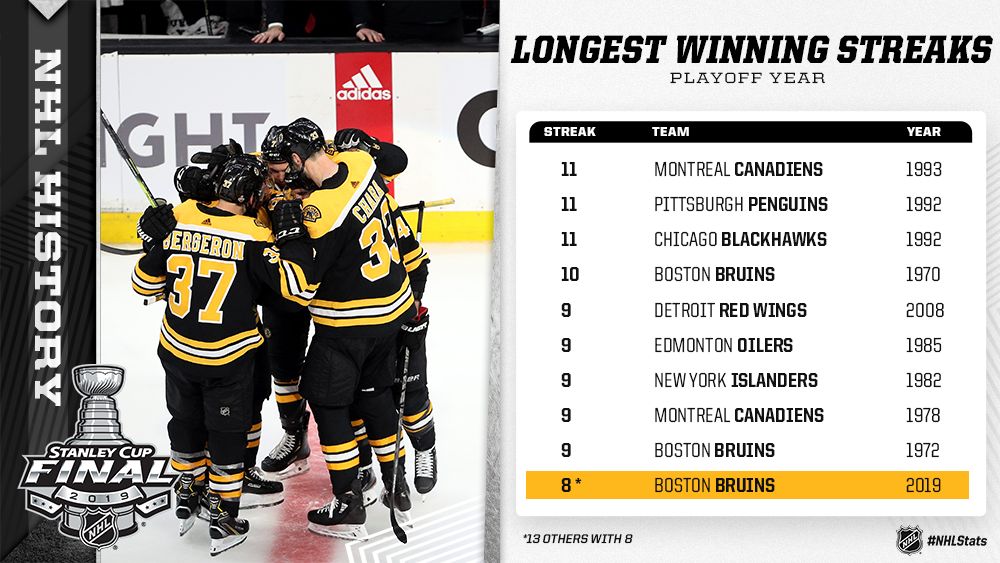 * Since the Stanley Cup Final became a best-of-seven in 1939, teams have taken a 2-0 series lead 51 times – winning the Cup 46 times. A team has overcome a 2-0 series deficit to win the Final twice in the past 47 years: the 2011 Bruins against the Vancouver Canucks and the 2009 Pittsburgh Penguins against the Red Wings.

Trailing 1-0 for the second time this postseason, rookie Jordan Binnington and the Blues will look to even the Stanley Cup Final at one game apiece before heading home for Game 3. St. Louis has won each of its last three contests after a loss, with an overall mark of 5-2 in that scenario this postseason (outscoring opponents 19-13).

* The Stanley Cup Final has been tied 1-1 a total of 28 times since it became a best-of-seven in 1939, including three times in the past six years.

After netting 10 straight goals from Game 1 to Game 2 in the Eastern Conference Final, the Bruins have scored the last four tallies in the Stanley Cup Final. Brad Marchand notched the last Boston goal Monday, his sixth career goal in the Final; only Johnny Bucyk (8), Bobby Orr (8) and Wayne Cashman (7) have more such goals for the Bruins. 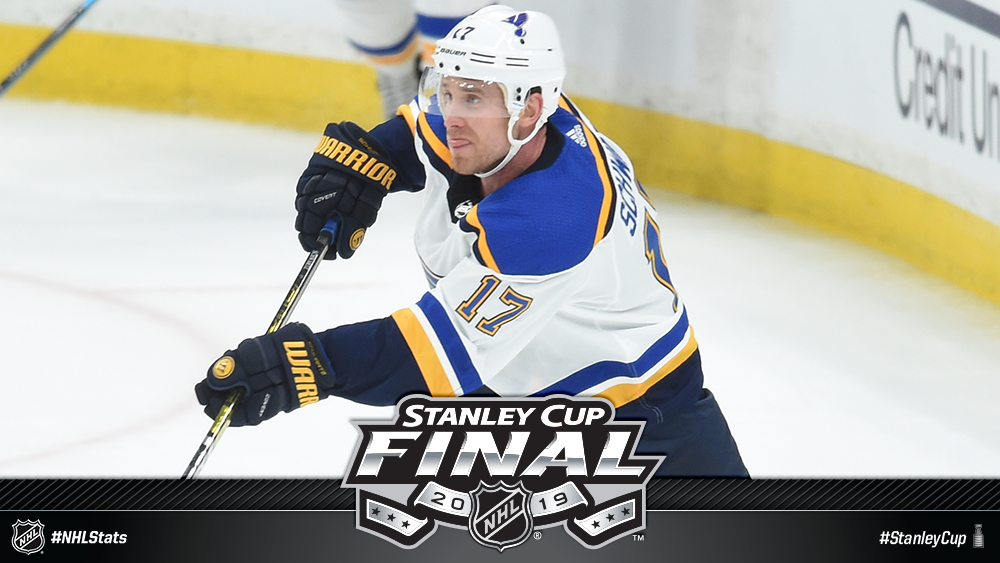 * The all-time series record of home teams sweeping Games 1 and 2 of the Stanley Cup Final is 35-3 (.921), but two of those losses have come in the past decade: the Red Wings won the first two games at home in 2009 before ultimately losing to the Penguins in seven games, while the Canucks won the opening two games at home in 2011 before eventually falling to the Bruins in seven contests.