Riders Getting Ready For Final Season at Mosaic 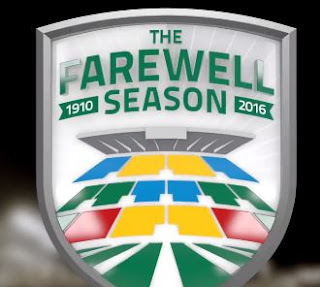 The first Riders home game of the 2016 season is a long ways away, but the football team is getting ready for what will be the last ever season at Mosaic Stadium.
With the team ready to move into the new Mosaic in 2017, there are plans to celebrate the final games in the history of the facility.
A patch (pictured above) will be on the uniform in 2016 with lots of merchandise available as well.
President and CEO Craig Reynolds says the intent is to make each game special as the team celebrates and pays homage to the many historic moments that have happened at the former Taylor Field.
The team is also releasing a video to commemorate the occasion.

I hate that it looks like a cadillac symbol

The Phoenix Group should have been asked to design the new CFL logo. Chances are it would be a lot better than what the league got from whoever did the new one.