Eagles To Turn Mosaic Stadium Into "Hotel California" on May 17 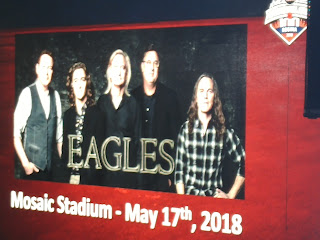 he Regina Pats Host organizing committee for the 100th Mastercard Memorial Cup is pleased to announce that legendary rock band The Eagles, featuring Don Henley, Joe Walsh and Timothy B. Schmit, along with Vince Gill and Deacon Frey will perform an outdoor concert at Regina’s Mosaic Stadium. The concert will take place on May 17, 2018 as a part of the Centennial Salute Opening Ceremonies and will kick off the 100th edition of the Canadian Hockey League’s (CHL) national championship tournament.

Tickets for the concert will go on sale to the general public on December 11, 2017 at 10 a.m. through Ticketmaster.ca. Presale will be offered to corporate sponsors and Mastercard cardholders and will take place on December 6, 2017 at 10 a.m. As an added bonus, ticketholders from February’s Homecoming Weekend Outdoor Hockey event will also be given the opportunity to participate in this presale offering. 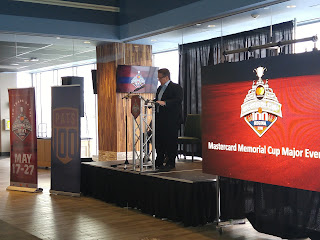 “Our organizing committee has worked tirelessly to create a tournament that sets a new benchmark for Memorial Cup celebrations for a 100 years to come,” says Mastercard Memorial Cup Committee Chair Shaun Semple.  “The Eagles are one of the greatest bands of our time and having them perform at the opening ceremonies is only fitting to kick-off our national celebration of Canadian junior hockey.”

The concert will be the highlight of the spectacular Centennial Salute Opening Ceremony event and will kick off the 100th Mastercard Memorial Cup. The one-of-a-kind celebration is being staged by world-renowned Canadian event producers BaAM Productions and will feature a level of pageantry and grandeur that will be remembered for years to come.

“Our city has once again stepped forward to show the country that we are ready and able to host world-class events,” adds Regina Mayor, Michael Fougere. “I’d like to congratulate the host committee, the Regina Pats ownership, and Regina Exhibition Association Limited for their efforts to bring another exciting event to our community.”

The Eagles are one of the most influential and commercially successful American rock bands of all time. With their profound lyrics, tight harmonies and country-tinged melodies, they created a signature Southern California sound. The Eagles have sold more than 120 million albums worldwide, have scored six #1 albums, have topped the singles charts five times and have received six Grammy® Awards. The band has performed sold-out concert tours worldwide throughout their career. Their 2014 History of the Eagles Tour broke numerous U.S. box office records and included five sold-out concerts at Madison Square Garden in New York, NY and six sold-out concerts at the Forum in Inglewood, California.  The Eagles were inducted into the Rock & Roll Hall of Fame in 1998 in their first year of eligibility and received the Kennedy Center Honors in 2016.

The 100th Mastercard Memorial Cup will take place May 17-27, 2018, at the Brandt Centre, featuring the host Pats along with the champions of the Western Hockey League, Ontario Hockey League, and the Quebec Major Junior Hockey League competing in a traditional round-robin tournament format.
at 12/04/2017