GSP Out Indefinitely With Colitis 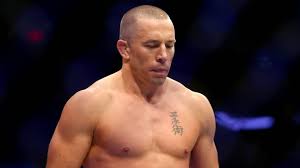 It appears plans for Georges St, Pierre's next fight are on hold.

The UFC middleweight champion is suffering from colitis and will be out of action indefinitely, according to UFC President Dana White.

St-Pierre made a big return to MMA a month ago after a more than four-year hiatus. He took the 185-pound title with a third-round submission of Michael Bisping at UFC 217. The victory lined him up for a title unification bout with interim champ Robert Whittaker, but now the future is uncertain.


St-Pierre released a statement on his Facebook page Saturday detailing his situation.
"I now understand the health issues that I had during my last training camp ... I hoped my condition would improve after the fight but unfortunately it got worse and I had to go straight to the hospital for a colonoscopy when I came back from vacation last Wednesday," he wrote. "The diagnosis is ulcerative colitis and I am now taking medication that will hopefully appease the symptoms. My health is my #1 priority right now, I'm still a very happy man, thanks for your support!"
at 12/02/2017