--Just two more Saturdays to go to get Christmas shopping done.  If its only going to get worse the next two Saturdays than what it was this Saturday, can I just stay at home? Yikes!!  It's getting ugly out there.  I don't even what to think what it would be like at Costco right now.  Godspeed to you all if you have to endure that between now and the 25th.

--If what we are hearing is true, there could be some very acrimonious bargaining when it comes time for the CFL and the CFLPA to start working on a new CBA.  Santa may have to step in as an arbitrator. Word came out this week that the league is urging teams not to issue bonuses being paid to players as of January 1, 2019 despite the fact the current CBA doesn't expire until May 14, 2019.

The players association says this undermines their working relationship with the league.  How can it not?

The league has certainly fired a pre-emptive shot leading into bargaining for a new contract.  You remember last time, the players felt they didn't get a good shake and were muscled into the deal they have now.  I don't see that happening this time around.  I don't think there is a lot of common ground when it comes to the key areas.

--Is Nik Lewis suggesting we need to diminish the role of Canadian in the "Canadian" Football League?  By looking at a Twitter exchange he had with Rider receiver Rob Bagg, it would certainly seem that way.  Lewis is throwing it out there that the number of Canadian starters be dropped by two or three. Bagg is saying hold on there big fella. I see the argument Lewis is trying to make, but it doesn't hold water with this blogger.  In fact, I would like to see more Canadians on game-day rosters because there are USports players out there whose careers are over the moment they peel off that university jersey for the last time.  Some would likely get a chance and when Halifax gets into the league if that comes to fruition, more will get an opportunity.  One has to think this will also come up when it comes time for that new CBA.

--It would appear as if the buzz over the Argos winning the Grey Cup has ended in Toronto. That is if there ever was a buzz of significance.  Late Saturday afternoon, Toronto FC won the MLS Cup beating Seattle 2-0.  I like soccer, but MLS is not my cup of tea. To me, it is the season that never ends. By the way, do some MLS fans call for the final to be moved up one month?  I digress.  I happened to turn over to TSN moments before Toronto got on the board.  The place was jumpin, it was sold out.  They were loving it at BMO Field. It just begs the age-old question as to why we can't get that for the Argos. Imagine!

Within hours of the win, Mayor John Tory announced the parade route. Parade? The Argos got a reception at Nathan Phillips Square and the soccer team gets a parade? While many turned up for the rally when the Argos won, I am expecting the parade route in downtown Toronto to be packed.  As was mentioned to me on Twitter, while the Argos took the Grey Cup to a Leafs game, did they take it to BMO for a TFC playoff game where two were played after the Grey Cup win. If they did, I didn't see or hear about it.  Set up some booths and sell some tickets with a good share of "football" fans in attendance.   While Toronto doesn't help the Argos, sometimes the football club doesn't help itself out either.

--The Bills and Colts played in a snowstorm in Buffalo. Is anyone suggesting the NFL season move up a month so this doesn't happen?

--Drew Brees was the latest NFL player to come out and criticize Thursday Night Football after his Saints lost to Atlanta.  Was Brees just trying to deflect attention with his comments away from the fact he pulled off a Bo Levi Mitchell and threw a pass he never should have that cost his team the game? That's for you to decide.

Brees is right when he says it is ridiculous playing on Thursday because your body can't heal properly and you can't get ready properly after playing the Sunday previous.  However, once again the players can say no to playing Thursday Night Football when it comes to a new CBA.  Players don't really want to get rid of it because it may cost them money because they see the revenue being brought in by Thursday Night Football and they don't want to give that up.  The players aren't going to sacrifice any extra $$$$ they can get.----Thursday Night Football brings in added $$$ to the league so guess what.  It will be the same way if the NFL proposes more games to the schedule. If it means players getting more money, they will do so even though they don't like it.

--I can't help but think the chances of the Philadelphia Eagles winning the Super Bowl went out the window with what looks to be the season-ending  Carson Wentz knee injury much like the Raiders had their chance go last year when Derek Carr suffered a season-ending broken leg.  The Eagles have a better backup QB than Oakland had last year, but I don't see them being able to get it done. What a game that was in LA.  Hard to determine if that game or the Steelers-Ravens game was the better game.

--Giancarlo Stanton and Aaron Judge in the same lineup? That news can't have pitchers in the American League or American League East very happy. Add someone who hit 59 HR's to Judge who cracked 50 plus last year and it is safe to say you have a very potent lineup.  I'm guessing new Yankees manager Aaron Boone just got a lot better in the eyes of many.

--There was anger at the Brandt Centre Friday night as the Kelowna Rockets beat the Pats.  The anger over the fact the team's blue-line has become extremely porous which doesn't make life any easier for a struggling Tyler Brown. I am hearing rumour after rumour after rumour of what players could be headed to Regina.  It's somewhat dizzying.  Some are conceivable while others are wayyyyy out there.   The job isn't getting any easier for John Paddock. I am guessing a win over Medicine Hat Saturday didn't really cool the heels of those who are getting impatient. 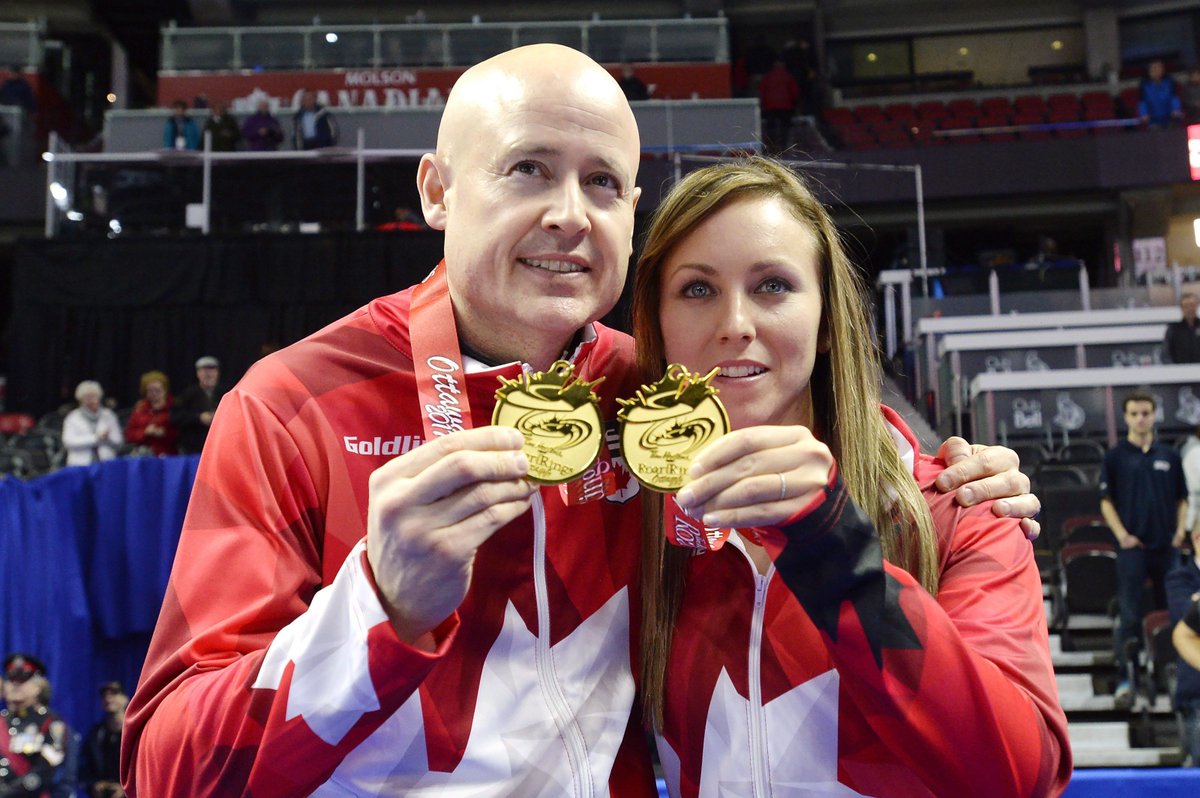 --Congratulations to  Rachel Homan and Kevin Koe for winning the Olympic curling trials.  Both finals were great and it capped off a great week of curling. The win for Koe means South Korea will get to enjoy Regina's Ben Hebert.  Those who know Ben know he will definitely make the most of the experience.  You have to think both are favoured to win gold.

The CFL has the players by the short and curlies. They can't afford to strike. The move by the league seems to be a dirty one, but what in reality can the players do?


Here's the thing about the snow game. The place was full and people were loving it. That is the difference between football fans and Rider "fans". Cleveland even had a full stadium and their team is 0-12. Rider fans could take a real lesson from those who love and appreciate the game. Instead, they look for excuse after excuse as to why they shouldn't and didn't go.

I want the Pats to have a good season, and have somewhat of a respectable team in the MC. Are they going to make a bunch of trades to win the cup or not be the joke going in?
I fear for the team down the road for years if they sell the farm. Yes, make a couple but don’t go crazy. A goalie is what they need, maybe a bigger D man. I want a good team down the road and if the coaches go all in now they will pay later.


That Blue Jays pitching staff is going to get destroyed by Stanton & Judge. I'm all for it!


Here's the difference between NFL fans in cold weather cities and Rider fans. NFL fans realize there aren't many opportunities to see their team play so they embrace it and they make a day of it. Yes, that is even the fact in Cleveland. Who in their right mind would want to watch that gongshow?

Here, there is a sense of entitlement and that they can't be bothered to get up off their behind if it should indispose them somewhat. The last two home games of the year prove that.

Passionate fan base? Absolutely when the conditions are right. However, it is proven again that Bills fans, Browns fans, Vikings fans...etc etc are way more passionate and a better fan base than the Riders.