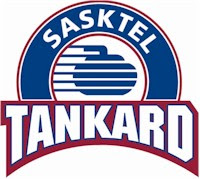 SaskTel Max™ customers will have the exclusive opportunity to watch free live coverage of the SaskTel Men’s Tankard semifinal and final on Sunday, February 5. This is the first time since 2008 that live TV coverage of the Tankard finals will be available in Saskatchewan. It will also be the first live curling event ever broadcast by SaskTel Max.
Live coverage of the semifinal draw will begin at 9:15 a.m. Live coverage of the final will begin at 1:45 p.m. Both draws will be broadcast on channel 119, and will also be available on Max Local on Demand beginning February 6 on channel 48.
“We’re thrilled to offer SaskTel Max customers the opportunity to watch Saskatchewan’s top men’s curlers compete for the SaskTel Tankard provincial championship live as a free Max broadcast,” said Stacey Sandison, Chief Marketing Officer. “We would like to thank the Saskatchewan Curling Association for working with us to make this live broadcast possible.”
“We are very pleased that SaskTel has agreed to broadcast the SaskTel Tankard LIVE,” said Mike McClelland, SCA President. “The SaskTel Tankard brings the top Saskatchewan male curlers and curling fans together every year, and now thanks to SaskTel, fans can catch all the excitement LIVE in their own homes. It is great exposure for the sport of curling in our province.”
at 1/31/2012