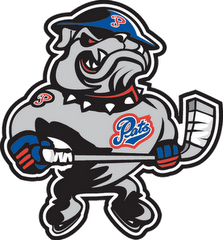 The 6’4” 187 pound native of Kosice, Slovakia is a 2nd round pick, 46th overall by the Edmonton Oilers in the 2010 NHL Draft. Martin was selected by the Prince George Cougars 1st overall in the 2010 CHL Import Draft and has played for Slovakia at the past two World Junior Hockey Championships. In 2010-11 Marincin’s 56 points was 8th among WHL defencemen in scoring.

Regina Pats General Manager Chad Lang, “Martin is a big, mobile defenceman with extensive experience on the elite level that will strengthen our back end and our team overall. He will also add another element to our power play and penalty kill.”

Marincin will join the Pats in time for tomorrow’s game in Prince Albert against the Raiders.
at 1/10/2012

I hope Chad knows what he's doing here. On the surface its a great trade now, but not having the first and second pick next year will hurt down the road. Looking at the future, our defence corps might be the best in the Eastern Conference.

If this kid comes back as a 20 then OK, but if the Pats fall flat on their face in the playoffs, this will be a major OOPS for Chad. Marincin is a good player, but I think he gave up too much to get him.

With addition of Fenske we were already one of the top defensive groups in the league. We needed some offensive help not another d-man. Giving up Blidstrand and a 1st and 2nd round pick is far too much for Marincin. I don't like this trade at all.

WOW!!! Didn't see this coming. I thought getting Fenske would fill a void on defence, but this is a real roll of the dice by Chad. I like it!!

I can't argue with what Brian says. However, I do admire Chad for making sure that this team is set for now and not later. I'm sure he has looked at what's coming up in the future and whether or not he has the horses in the cupboard.

This trade isn't that bad when you consider that we got a 2nd round pick for Underwood when Miles Bell was sent to Kelowna. Chad had a 2nd round pick to play with and he did. I think its a good trade and one that could arguably get this team to an Eastern Conference final. How many people thought that before the year started?

Brutal trade. Getting a 1st and a 2nd for Weal and maybe a roster player would have meant a conference title next year or the year after.

Allan, I think you are talking about Jobke.

Those thinking this deal is like the Eberle one are so misguided. The team wasn't going anywhere with Eberle and a trade should have been made. The team is going to make the playoffs this year and Weal is a big reason why. Adding a good defenceman to the mix makes this team stronger. I give the Pats a thumbs up.