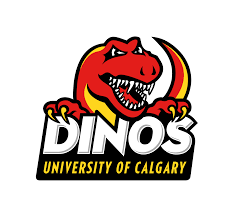 The University of Calgary is proud to announce the appointment of Christine Stapleton as the sixth Director of Dinos Athletics.

Dr. Penny Werthner, Dean of the Faculty of Kinesiology, made the announcement Friday.

"I am extremely pleased to welcome Christine to the University of Calgary," said Dr. Werthner. "She has a long history of success as a student-athlete, coach, and administrator, and she will be an outstanding addition to our faculty and to Dinos Athletics."

Stapleton has been Associate Director, Athletics at Waterloo since 2009. In that role, she was responsible for strategic planning and program development as well as the operations and administration of the athletic department. In 2011, she led a sport model review for the Warriors, resulting in clarified program expectations and a more targeted deployment of resources.

As a student-athlete, she won back-to-back Canadian Interuniversity Sport (CIS) national championships in basketball at Laurentian University in 1990 and 1991. She then took over the University of Regina women's basketball program as head coach from 1993-2002. At Regina, she was the 1996 CIS coach of the year and led the Cougars to five consecutive national championship appearances, winning three straight conference titles along with the coveted Bronze Baby in 2001.

Her coaching credentials also extend to the national team program, spending 11 years with Canada Basketball and seven as a head coach. She led the Junior Women's National Team to its first-ever FIBA World Championship berth in 2004 and also led Canada's women's basketball entry at the 1999 and 2001 Summer Universiades in Spain and China, respectively.

From 2006-09, Stapleton was director and head coach of the National Elite Development Academy (NEDA) in Hamilton, Ont., bringing together the top 15- to 17-year-old players from across the country to train under the guidance of national team coaches – a program that is paying dividends given Canada's recent success on the world stage in women's basketball.

Reporting to the Faculty of Kinesiology's Senior Director, Kurt Kinnear, Stapleton joins a Dinos program steeped in tradition and widely recognized as a leader in CIS, and she will be the first female athletic director in the University of Calgary's history.

"I'm thankful for the experience I gained at Waterloo and will miss the student-athletes and my colleagues there, but this is a tremendous opportunity to lead a highly successful interuniversity athletic program at a world-class academic institution at the University of Calgary," said Stapleton. "I'm inspired by the innovative and enterprising nature of the City of Calgary and we are excited to raise our young family here. I'm also thrilled to return to Canada West and work with the tremendous partners we share in our region and this conference."

Stapleton and her family will make the cross-country move to Calgary and her official start date will be October 1.