Week 11 CFL Stars of The Week 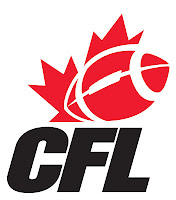 The Hamilton Tiger-Cats are the best team in the CFL right now and one of the big reasons for that is the play of QB Zach Collaros. All he did was have 400 yards and four touchdowns in a one-sided victory over Toronto. At the midway point, Collaros has to be the overwhelming favourite as the league MOP.

The Calgary defensive lineman had a great day in the Labour Day victory over the Eskimos. Hughes had 5 tackles and a pair of sacks as he and the rest of his mates silenced an Edmonton offense that can move the ball.

The Lions d-lineman only registered two tackles and a forced fumble, but Westerman was a monster in BC's 25-16 win over Montreal as he was constantly in the face of Als QB Tanner Marsh who threw five picks. While Westerman only had a pair of tackles. he was a force that Montreal could not stop.

The flashy Rider rookie had the game changing play in Saskatchewan's first win of the season as he took a punt back 60 yards to give the Riders that charge they needed in their convincing "W" over the Bombers. I get the feeling it won't be the last time he finds the endzone on a return this year.

Demski needs to learn a thing or two about ball security. He did turn the game around but damn near gave it back with his fumble later on.

You may have missed the post-game show a few days ago, but Coach Dyce did say he spoke to The Great Demski about it and Demski acknowledged that he got carried away. Time to move on and beat some other old horse to death ...

Is Demski the first Rider to be honored by you Mr. Blair?

Anonymous said...
This comment has been removed by a blog administrator.
9/09/2015