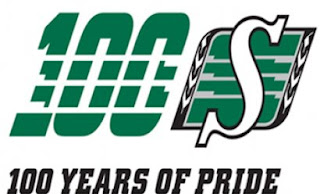 Today the Saskatchewan Roughriders unveiled details surrounding a group of initiatives within the club’s Centennial Program which will be celebrated throughout the 2010 season.

The Centennial celebrations will provide a unique opportunity for Rider fans across the province and throughout the country to honour the team’s heroes and builders of the past century, and relive the great moments that have shaped the Roughriders’ rich history.

“We intend to celebrate our first 100 years with programs that will take place across this great province,” stated Roughrider President/CEO Jim Hopson. “We continue to be overwhelmed by the support we receive and are excited to be able to include fans from all of Saskatchewan in our celebrations.”

The Riders 2010 Centennial focuses on five key themes: 1) Heritage and documentation of our history; 2) Including and engaging as many communities across Saskatchewan as possible; 3) Focus on future leader development through educational initiatives; 4) Recognize the differences in needs and interests between the generations of stakeholders who have contributed to the 100 years of our success 5) Leave a legacy that reinforces the Rider’s continued contribution to Saskatchewan.

At this time the club is pleased to unveil details of the following Centennials initiatives:

Anniversary Artwork - The club is partnering with the artistic world in the creation of an anniversary collection. Five Saskatchewan artists have been selected to develop artistic pieces celebrating the Rider Centennial. The collection will be unveiled at the McKenzie Art Gallery in June

Where is Riderville? – Communities across Saskatchewan will have the opportunity to compete for the title of ultimate Rider community. The winning community will receive multiple prizes including a contribution of $25,000 to their minor sports as well as a sign at the outskirts of their community declaring them as Riderville. The five finalists will be chosen and the winning community will be declared through fan voting and announced at the Labour Day Classic.

Hill Centre Mural – With the co-operation of Harvard Developments and the many occupants of the Hill Centre Towers, Sleek Signs will install a giant mural on the towers as a tribute to the Riders’ Centennial. The installation will start in early May as soon as the weather permits.
at 3/30/2010