Looking To The Next Chapter 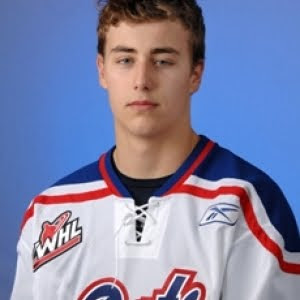 From Patrick King at sportsnet.ca


The season can't end soon enough for Regina's Jordan Eberle.
A season mired in frustration and disappointment is nearing an end for Jordan Eberle.
The Regina Pats' sniper will be playing his final five games in the Western Hockey League with the knowledge he will miss the playoffs for the second straight season. Although personal success is still attainable -- Eberle leads the league in scoring heading into the weekend's action -- it's little consolation for him.
"Overall you look at the season," Eberle said, "you lose in the (world) juniors and that's frustrating… (to) not even make the playoffs in your last kick at the can, it's definitely been a disappointment."
Eberle's decorated junior career will come to a close when his team plays the final game of the regular season in Brandon on Mar. 13. He will then likely join the American Hockey League's Springfield Falcons, just as he did at the end of last season.
It's almost inconceivable how a team with such firepower could miss the playoffs. In addition to Eberle, a first-round pick of the Edmonton Oilers in 2008, the Pats also have first-rounders in Colten Teubert and Carter Ashton.
Sophomore forward Jordan Weal, who is being hyped as a top-60 selection in this summer's draft, is also second in scoring behind Eberle.
But in spite of the star-studded lineup, the team was unable to fight through adversity. Injuries, players missing at international tournaments and a road-heavy November and December schedule contributed to the team's shortcomings.
"You look at the roster we have," Eberle described, "we expected to do well. It's not got to the point where we want to be and that's the playoffs. It's disappointing."
"It kind of all snowballed and built on top of itself and kept getting worse and worse and got into a spin that we just never got out of," Pats general manager Brent Parker said. "We just had too big a hill to climb."
Arm-chair general managers criticized Parker for not dealing Eberle or Teubert at the WHL's Jan. 10 trade deadline. Those critics will be hard to silence after the Pats failed to qualify for the post-season.
Parker discussed the possibility of a trade with both players. Although Eberle and Teubert were both open to a trade, they maintained their wishes were to remain in the Queen City.
"You don't hear that kind of loyalty nowadays in sports," Parker said. "It's something to me that both kids should be applauded for that kind of loyalty as opposed to being criticized, which unfortunately some people chose to do."
For Eberle, who spent most of his life growing up in Regina and rooting for the Pats, the opportunity to finish his career with the same team brought a sense of civic pride.
"You never want to give up on a team," he said. "I've played here my whole life. It's kind of nice to finish my junior career here."
The reality is, no team stepped up to the plate and made an offer the Pats felt comfortable accepting. Parker said his team would have needed high draft picks in the next two drafts and prospects capable of playing immediately.
While there was substantial interest, Parker said the offers his team received were reasonable, but he was still never close to dealing Eberle.
"I think to be honest there were a couple teams that were trying to muddy the waters hoping that the other one wouldn't get one or both of (Eberle and Teubert)," he said. "We certainly knew the game that was being played and we recognized for us it had to be inclusive of top prospects and high draft picks.
"What we were being offered was mostly draft picks and not prospects. We needed both."
Eberle is now looking forward to the next chapter in his hockey career. The Oilers prospect is known for his clutch goalscoring and dynamic offensive game.
Few were surprised when he scored twice in the final three minutes of this year's gold-medal game at the world junior hockey championship. After all, it was Eberle who tied the semi-final game against the Russians with five seconds remaining a year ago.
Those goals have made him a Canadian icon.
"It's a conversation starter," he said. "I was once in Regina following the Pats around and trying to do what they do and kids are kind of the same now with me so it's kind of nice."
Eberle's next goal is to make the Oilers out of training camp. He could be sent to the AHL next season, which was not an option this season, if he does not make the team.
However, considering the Oilers' woes this year, Eberle should figure into Edmonton's plans next season.
As Parker can vouch for, the Oilers will be getting one talented hockey player with a team-first mentality.
"He's been an exemplary young man on and off the ice," Parker concluded. "He's been everything you could hope for. As good a hockey player as he is, he's a better person."
at 3/06/2010