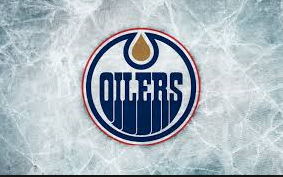 The Edmonton Oilers have defied the odds again and have won the NHL draft lottery. Deputy commissioner Bill Daly pulled out an envelope with "the gold card" in it Saturday night giving Edmonton its 4th number one pick overall in the last 6 years.

Following the Draft Lottery, Connor McDavid took part in a conference call with other top prospects Jack Eichel, Noah Hanifin and Dylvan Strome to discuss a variety of topics.


One topic that came up right off the hop for McDavid was his thoughts on Edmonton and the potential of being drafted by the Oilers.
“It’s a dream come true. It’s a great city to be in," McDavid began. "They’ve got the fans supporting them through a bit of a tough slide the last couple of years. The support they’ve received is amazing. That speaks volumes to the fan support they get in Edmonton. It’s pretty special.”
McDavid was then asked about what was going through his mind as Bill Daly drew cards 14 through 3, ultimately landing on Edmonton with the gold card.
“It’s been a weird day. At the same time, it’s been exciting. When they pulled the cards it’s the fastest my heart’s ever beaten. It’s sure exciting. If Edmonton selects me it would be a tremendous honour.”
The 18-year-old centre was asked about the top talent on the Oilers and the possibility of playing with them.
“They have younger talent, names like Hall, Eberle, (Nugent) Hopkins and Yakupov. And on D with Schultz. They have such a good group there, it’s hard to pick anyone. That’s going a little too far ahead of ourselves, obviously. The draft hasn’t started. We’ll see what happens.”

they find a way to mess this up too im guessing

glad to see buffalo and arizona didnt win it. the way they conducted business this year!!! at least the oilers management didnt make it as blatant.

And just when I was thinking there was no god ....

WOW!!! If they can't make the playoffs now, just fold up the franchise!

This means a trade is coming.

Is it Ebs? RNH? Hall? Draisatil? You know someone is going Scruffy!

bettman will pull some strings and make sure the games best new superstar doesnt end up in the hinterland that is edmonton.

Scruffy, you said that if McDavid went to Toronto then the conspiracy theorists would have a heyday and they should. What of the Oilers winning the lottery 4 out of 6 years? A conspiracy, no? Methinks you should apologize for that comment....4 years out of 6 is a conspiracy if I've ever heard one! But if the Leafs won once it was a conspiracy? Really?


LOL!! Yes, Scruffy you should apologize.

You should apologize for actually putting the comment of that dumbass on here!

Put your Kessel jersey on and keep cryin buddy!

Saw your Twitter post about taking the next step and removing Kevin Lowe. I couldn't agree more.

The only negative to this is this might have actually bought him more time.

You have to be a Leafs fan because only a Toronto fan is that stupid!

Thank god Toronto didn't win! That would have been a killer for the kid!

There is no justice. Katz doesn't deserve this just for sticking with Lowe and MacTavish. Lord knows all that either one of them deserve is to be shown the door. I cheered for the Oilers for 20 some years but since Lowe took over it's been disgusting and I now view that franchise with distain. My biggest fear is that this buys those two counterfeit gangsters some more time. I can't even visualize how they'll go about wrecking this kid. But, the people to blame are the fans for continuing to buy tickets to watch the charade. If the rink wasn't sold out every night Katz would have dumped that pair of egotistical idiots long ago.

Yes Scruffy you should apologize for suggesting it would be a conspiracy if Toronto won because many people felt that way as well.

Shame on you and everyone else who tried to belittle the mighty Leafs in advance of the lottery.

I hope that idiot wasn't being serious.

The kid didn't look happy to see where he ended up. I'm sure he wanted to be either in Toronto or Buffalo.