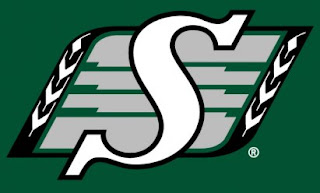 Edwards (5’11 – 190) signs with the Riders after spending five seasons in the National Football League as a receiver. The 27-year-old played 39 regular season games through four seasons with the Carolina Panthers after being selected by the team in the 3rd round (89th overall) of the 2010 NFL Draft. The Greenwood, South Carolina product added two more regular season games in 2013 after joining the Cleveland Browns midseason.

Before pro, Edwards spent four seasons at Appalachian State University, starting 49 of 51 collegiate games at quarterback, where he led the Mountaineers to four straight Southern Conference championships and consecutive NCAA Div. 1 Football Championships (FCS) in 2006 and 2007. During his tenure, Edwards became the first quarterback in NCAA Div. 1 history to throw for 10,000 yards and rush for over 4,000 yards on his way to picking up All-Southern Conference 1st Team honours in 2006, 2008, and 2009.

Eguavoen (6’0 – 227) joins the Green and White after playing four seasons at Texas Tech. The 23-year-old registered 225 defensive tackles, 14.5 tackles for loss, 3.5 quarterback sacks and one interception in 48 career collegiate games.

Is Edwards coming here as a receiver or a QB?

Read a scouting report on Lynch. It says he is too slow to play OLB in NFL because he doesn't have the speed. If he is to slow on a small field, what the hell is he going to do on a CFL field?

He's going to play on a CFL field using his legs and the rest of his body. Some people's kids, just plain out stupid. What kind of parents do you have who raised such stupidity? Geeze all mighty, such stupidity.

Solomon Elimimian is also too slow to play in NFL ... it is why the are in the CFL!