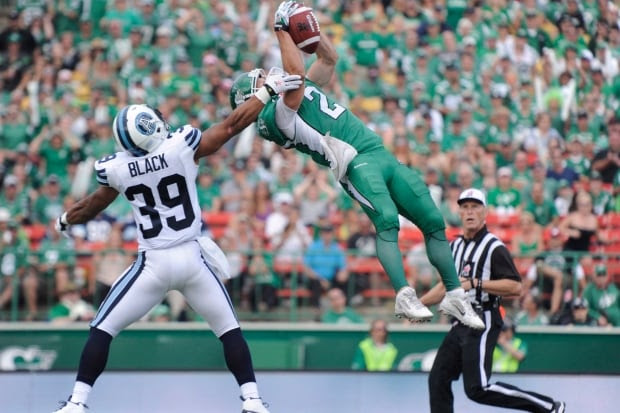 The Winnipeg Blue Bombers today announce the signing of International receiver Ryan Smith to a two-year contract.
Smith (5-7, 175,  North Dakota State, August 19, 1991 in Wahpeton, North Dakota) joins the Blue Bombers after spending his first two CFL seasons with Saskatchewan. The North Dakota State product led the Riders in receiving yards and touchdowns last season, finishing with 59 receptions for 991 yards and seven scores.
“Ryan Smith was ranked very high on all free agents lists heading into today,” said Blue Bombers General Manager Kyle Walters. “He brings dynamic playmaking ability to the offence, and is a hard-nosed receiver. Ryan is the type of player we want in this organization, and we’re thrilled he’s decided to make Winnipeg his home.”
Smith has played in 24 games over two season with Saskatchewan, starting in 22. In 2015, he recorded a catch of 40 yards or more in six of his 15 games, and caught at least one ball in every game he played.

The Toronto Argonauts announced today that the team has signed Canadian offensive lineman Corey Watman through the 2017 CFL season.

Commented from Argonauts General Manager, Jim Barker: “Corey is a local Toronto player from Newmarket’s Huron Heights Secondary School that played multiple positions in Saskatchewan. He’s a young centre who we expect to come in and compete right away, and become a mainstay on our offensive line.”

“The Toronto Argonauts are a first-class organization and I am excited to play for a team that I grew up watching,” said the former Saskatchewan Roughriders offensive lineman.

I'm okay with this.

good luck to the little guy