Eskimos Not Changing Their Name 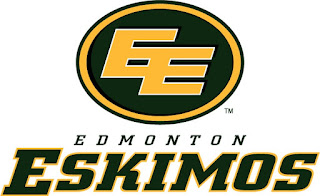 The Edmonton Eskimos have had to defend more than their top spot in the Canadian Football League standings this year.
With their first 7-0 start to a season since 1961 dominating much of the early headlines in 2017, the national spotlight has been focused squarely on the club.
And whenever it’s shining brightest on the Eskimos’ on-field exploits, the team’s nickname also seems to get brought into public conversation.
The latest instance saw Inuk singer Tanya Tagaq, from Cambridge Bay, Nunavut, take to social media to post: “What a glorious message would be sent to our country if the Edmonton Eskimos changed their name. It would set a new precedent of respect.”

It comes on the heels of Edmonton’s 2015 Grey Cup run, when Natan Obed, president of the Inuit Tapiriit Kanatami, an organization that represents 60,000 Canadian Inuit, said the Eskimos name should be changed and called it “derogatory.”
While the ITK declined requests for an interview with Obed for this story, Eskimos president and chief executive officer Len Rhodes said he has met with Obed on three different occasions since, both in Edmonton and in Ottawa.

“We agreed to keep an ongoing dialogue and we continue to do so,” Rhodes said. “Our meetings have been very respectful, and it has allowed us to share our respective points of view.

“Our plan is to listen to what the community is saying. We encourage people to have a dialogue and we hope that it is a respectful conversation, regardless of what one’s opinion is.”

What that plan doesn’t include is changing the Eskimos’ name.


“We are proud of our team’s heritage,” Rhodes said. “We always use our name within an aura of respect for all members of our community. We do not believe that we do anything in a derogatory fashion as it relates to our name.

“We always keep it in a positive context. However, Natan Obed tells us that in his eyes, the name itself is derogatory. Obviously, these are two different perspectives.”
A name change would be no small decision.

“We have had our name since our inception,” Rhodes said of the current club, founded in 1949, whose roots and name date back to the turn of the last century. “There is a lot of history and tradition that comes with it.

“It is associated with one of the most successful franchises in all of pro sports.”

At the same time, the club doesn’t shy away from joining the conversation.

“We receive feedback on many topics in any given year,” Rhodes said. “In terms of this topic, perhaps half a dozen per year, as far as formal feedback is concerned. However, the feedback is not all one-sided.

“We get opinions that range wildly. I assure you one thing and that is there is not a consensus on topics such as this one. We welcome all feedback on all topics. That’s the beauty about living in a democratic society. As long as people feel they can share their opinions on a matter, it is a healthy situation.”

Well I hope they don't cave to the SJW malcontents. But if they decide to make a change, I'd like to suggest either The Seal Clubbers, or The Blubber Flubbers.

Good! They shouldn't change their name.