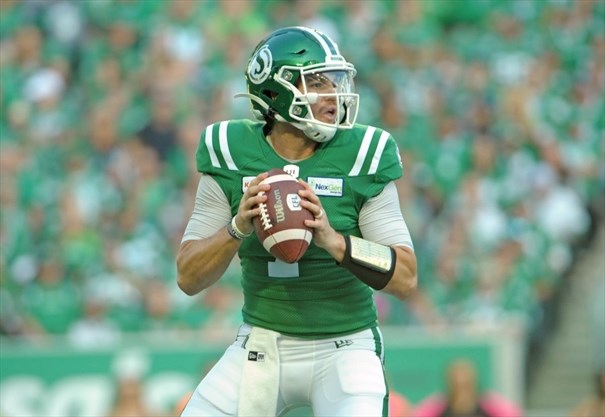 The Saskatchewan Roughriders have signed starting quarterback Cody Fajardo to a two-year contract extension, keeping him with the Club through 2021.

Fajardo (6’2 – 215) originally signed with the Roughriders as a free agent in February of 2019 and went on to play all 16 games with the Club. He made his first CFL start on June 20 against the Ottawa Redblacks throwing for 360 yards and two touchdowns and added another ten yards on the ground and a rushing touchdown to the tally.

Fajardo has started all 14 of the games that followed throwing for 3,873 yards and 16 touchdowns averaging 8.7 yards per pass. Additionally, he’s rushed for 610 yards and another 10 touchdowns. The 27-year-old has had five games where he’s thrown for 300 yards or greater.

Prior to coming to the Roughriders, Fajardo spent one season with the B.C. Lions and two with the Toronto Argonauts, winning a Grey Cup in 2017.

The California native attend the University of Nevada where he played 45 collegiate games completing 878 of 1,348 pass attempts for 9,659 yards and 57 touchdowns and adding 636 carries for 3,482 yards and 44 touchdowns. He became just the second player in FBS history to reach 9,000 yards passing and 3,000 yards rushing in career, joining Nevada alumni Colin Kaepernick.


Any word on $$$. I'm sure Dunk will have the lowdown. Its a good signing, but I hope its not too pricey.

Gopod signing!
I imagine it's a bit more than average contract. He's hoping that gives him two more years to prove what he's really worth and then cash in big on the next contract like BLM and Mike Reilly did in the last free agency.