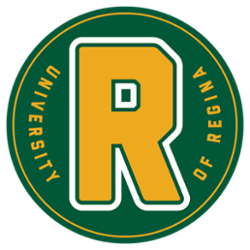 Friday – Home EventsWomen's Basketball – vs. UBC, 6:00 PM (CKHS)Men's Basketball – vs. UBC, 8:00 PM (CKHS)
Saturday – Home EventsWomen's Basketball – vs. UBC, 6:00 PM (CKHS)Men's Basketball – vs. UBC, 8:00 PM (CKHS)
Saturday – Away EventsSwimming – Day 1, Odlum Brown Colleges Cup Pacific (Vancouver, B.C.)
Sunday – Away EventsSwimming – Day 2, Odlum Brown Colleges Cup Pacific (Vancouver, B.C.)
Men's Basketball – After playing one of the toughest non-conference schedules in the country which saw them take on four of the top six teams in the nation, the Cougars will finally play their first home games of the season as they open up the Canada West schedule this weekend against UBC at the Centre for Kinesiology, Health & Sport. Tip-off is scheduled for 8:00 on both Friday night and Saturday night against the Thunderbirds.
Women's Basketball – The Cougars finished off their preseason with a non-conference win at Trinity Western last Wednesday followed by an exhibition loss at San Diego State (NCAA Div. I) on Sunday. Regina ended up with a 4-2 record in six non-conference games against U SPORTS opposition, and the Cougars will lift the lid on the 2019-20 Canada West schedule this weekend with games against the UBC Thunderbirds on both Friday and Saturday night at the CKHS. Both of those games have a 6:00 scheduled start.
Swimming – The Cougars will head to the West Coast for their first meet of the 2019-20 season as they’ll travel to Vancouver for the Odlum Brown Colleges Cup Pacific hosted by UBC on Saturday and Sunday. Third-year swimmer Bree Crookshanks will anchor the women’s roster, while the men will be led by veterans Brian Palaschuk and Etienne Paquin-Foisy.
Cross Country – Ron MacLean was named the Canada West Rookie of the Year on the men’s side at last Saturday’s conference meet after finishing as the top first-year harrier in the snowy 10K race in Calgary. MacLean was 15th overall to help the Cougars to a fifth-place finish in the men’s standings, while the women placed eighth. The teams will now prepare for the 2019 U SPORTS Championships, which will be hosted by Queen’s on Nov. 9 in Kingston, Ont.
Women's Soccer – The Cougars went up to Edmonton to face Victoria in a Canada West play-in game last Friday. After battling the Vikes to a scoreless draw through 120 minutes in abysmal weather conditions, the game went to penalty kicks where Victoria emerged with a 5-4 victory. The game marked the last time in a U of R uniform for five fifth-year players including Jet Davies, Kirsten Finley, Sydney Langen, Cassie Longmuir, and Brigit Sinaga. Fourth-year players Lauren Petras, Brooke Schlossarek, and Savannah Williams are also expected to graduate this year.
Women's Volleyball – The Cougars were also up in Edmonton this past weekend, losing three-set decisions to MacEwan on both Friday and Saturday to fall to 1-3 on the season. Regina will now have a break from conference play before returning to the Canada West schedule with home matches against Manitoba on Nov. 8 and Nov. 9.
Men's Hockey – The Cougars lost twice to No. 10-ranked Mount Royal at home last weekend, falling 6-1 on Friday night before being edged 5-3 on Saturday afternoon. Saturday’s game featured a wild opening to the third period which saw the two teams combine for three goals in the opening 39 seconds. That made the score 4-3 for MRU, but the score stayed that way until a late empty netter sealed the win for the visitors. The Cougars (1-7-0) have this weekend off, with their next two games coming up on Nov. 8 and Nov. 9 at home against Manitoba.
Women's Hockey – Regina travelled to Calgary for a pair of games against Mount Royal last weekend, with MRU emerging with 2-1 and 6-1 victories. Like the volleyball and men’s hockey teams, the Cougars (1-6-1-0) will have a break from the Canada West schedule before returning to action against Manitoba on Nov. 8 and Nov. 9. Both of those games will be played at the Wayne Fleming Arena in Winnipeg. After that weekend, the Cougars will have five home games in their final six contests before the December break.
Rams Football (U SPORTS Ranking: No. 10) – The Rams finished the 2019 season with a resounding home victory over Manitoba at Leibel Field, ending up with a 47-14 win over the Bisons. Kyle Moortgat had a massive game for the U of R , finishing with 11 catches for a career-high 185 yards and a touchdown. Nine players donned a Rams uniform for the final time in the win, including Ryan Schienbein, Theren Churchill, Daniel Scraper, Moortgat, Sam Varao, Eric Wicijowski, Braedy Will, Cord Delinte, and Colin Stumborg. Trey Campbell, Brandon Brooks, Odun Ogidan, Roe Borgmann, and Liam Lerat are also fifth-years but didn't suit up on Friday due to injury.
at 10/29/2019