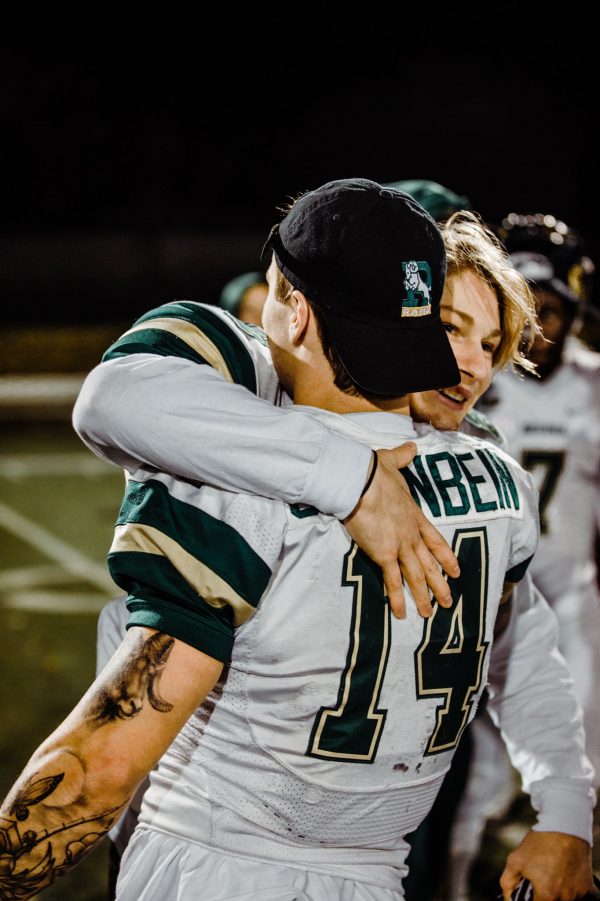 The University of Regina Rams controlled the game from start to finish as they took a 47-14 win over the Manitoba Bisons on Friday night as the two teams closed out the Canada West schedule at Leibel Field.

The result solidifies the bottom half of the Canada West standings. The four playoff berths had already been settled heading into the Friday's game, but the loss cements Manitoba into fourth. Regina will finish in fifth place in the standings.

Kyle Moortgat had a stellar night for the Rams in the win, matching his career high with 11 catches and setting a new career best with 185 receiving yards in his final U SPORTS game. Josh Donnelly threw for 338 yards and four touchdowns, two of which were to Riley Boersma with the others going to Moortgat and Ryan Schienbein.

Robbie Lowes led the U of R defence with a fumble recovery and an interception while also getting into the act on special teams with a key blocked punt early in the second quarter that the offence quickly turned into six points. Josh White and Brayden Walz both had sacks while Eric Wicijowski had a pair of tackles for loss in his last game as a Ram.

The Rams enjoyed a heavy advantage in yards in the win, collecting 552 to Manitoba's 280. Regina rushed for a total of 233 yards on the ground, led by Sam Varao's 17 runs for a career-high total of 119 yards.

Manitoba's lone touchdown of the game came when Des Catellier hit Abdul-Karim Gassama from 20 yards out late in the contest. Catellier was 10-for-19 and finished with 124 passing yards, while Victor St. Pierre-Laviolette rushed 10 times for 72 yards for the Bisons. Austin Balan had a team-leading nine total tackles.

QUOTABLE: COACH BRYCE
"I'm very proud of how well the guys played tonight but really, this is what we expected from this group the entire season. For me, the big takeaway is that a lot of our top performances tonight came from our fifth-year guys. Moortgat was outstanding, Schienbein was solid as he always is, Churchill was dominant on the line, and Wicijowski was just awesome. Those guys dug deep and were the leaders for us tonight."

NEXT UP
Manitoba will now prepare for next week's Canada West semifinals as the Bisons will travel to face the conference's No. 1 seed. That means a trip to Calgary if the Dinos beat UBC or if Alberta beats Saskatchewan on Saturday. If both UBC and Saskatchewan win, then Manitoba will play the Huskies.

For the Rams, it was the final time in a U of R uniform for Schienbein, Theren Churchill, Daniel Scraper, Moortgat, Varao, Wicijowski, Braedy Will, Cord Delinte, and Colin Stumborg. Trey Campbell, Brandon Brooks, Odun Ogidan, Roe Borgmann, and Liam Lerat are also fifth-years but didn't suit up on Friday due to injury.

NOTES: Schienbein caught four passes for 50 yards including a seven-yard touchdown in the third quarter as his brilliant five-year career at the U of R comes to a close ... he finishes second in school history in both receptions (184) and receiving yards (2461) and tied with Jason Clermont for third in touchdown catches (19).