Baseball Returns To Montreal This Weekend 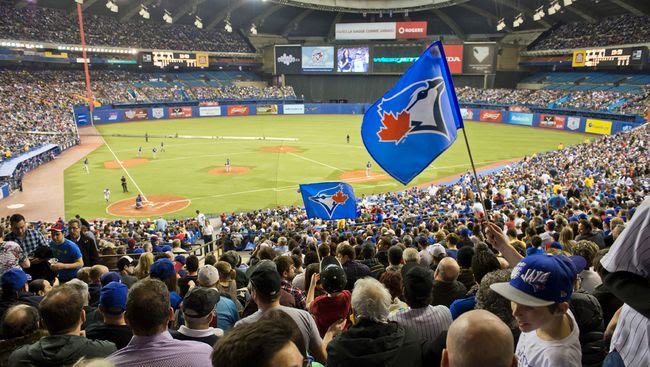 Major League Baseball once again returns to Montreal this weekend.

The Blue Jays and Red Sox will play a pair of exhibition games at Olympic Stadium, with Friday's game at 7:05 p.m. ET and Saturday's contest at 1:05 p.m.

This marks the third consecutive season the Blue Jays will play a pair of exhibition games in Montreal, which was the home of the Expos from 1969-2004 before the team moved to Washington, D.C. The city of Montreal, which has expressed interest in getting another team, has shown up in a big way for the past two series. The 2014 series between the Jays and Mets drew 96,350 fans, while the 2015 games between the Jays and Reds drew 96,545.

Red Sox manager John Farrell, for one, is excited.

"Every year you begin a season, that's the first time you've had that since last October. So this will be another first to get the season underway. We're looking forward to Montreal, even though it's a little unique travel situation, but still these games are very special.
"I think once we get into Montreal, there's 106,000 tickets sold. That's going to be a great atmosphere. Our guys will certainly feel it. That means we're getting close [to the regular season]. I think for us it's a great exhibition to get in that kind of environment and to begin to get accustomed to it."

Both games will be on Sportsnet

Thanx for this info. Appreciate the blog.