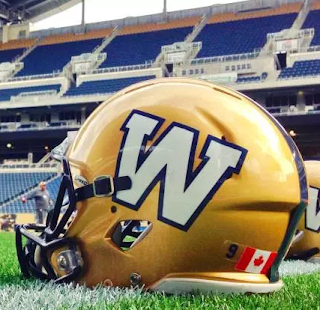 The Winnipeg Blue Bombers today are pleased to announce the club has agreed to three-year contract extensions for both General Manager Kyle Walters and Head Coach Mike O’Shea. Walters, entering his fourth season overseeing the club’s football operations, is with the club through 2020, while Coach O’Shea’s agreement keeps him on the sidelines through 2019.

“Since we began this journey together three seasons ago, we have maintained that stability and continuity in the organization are paramount,” said Blue Bombers President & CEO Wade Miller. “Although we have yet to reach our ultimate goal, both of these men are extremely critical in the foundation of Blue Bombers football, and we are thrilled to have them continuing to build a winning football operations department for years to come.”

In an near complete roster overhaul from when he took over in late 2013, Walters has been one of the most active General Managers in the CFL in both trades and free agency. He has modelled his franchise around strong Canadian talent and continues to build on that structure. The roster that finished the 2016 season featured 26 players having just completed their first or second CFL year (46% of the roster). His strong drafting has included starters Matthias Goossen, Sukh Chungh and Taylor Loffler, while most recently acquiring the first overall pick in the 2017 CFL Draft in a trade that also brought CFL all-star T.J. Heath to Winnipeg.

O’Shea joined the Bombers as the club’s 30th Head Coach in December of 2013, and in 2016 he led the club to its best record since 2003, including a seven-game win streak which spanned two months of the season. A coach who believes strongly in solid special teams play and core values, O’Shea saw the team boast the league’s top special teams player in kicker Justin Medlock, and match the club’s record for most road wins in a season at seven. The four-time Grey Cup champion is entering his fourth season as the club’s Head Coach and his eighth season coaching in the league, following a stellar 16-year playing career.
at 12/09/2016

Somewhat sad when the Bombers have their house in order and are in better shape than the beloved Riders.