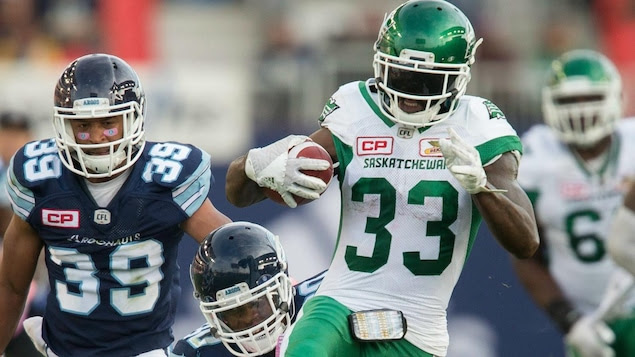 There are still more questions than answers in the Joe McKnight murder. One that has rocked the Saskatchewan Roughriders. While 54 year old Ronald Gasser has not been charged yet, there were some new developments Friday. To get the latest from New Orleans, click here

Meanwhile in Regina, Riders president and CEO Craig Reynolds was emotional and visibly shaken speaking with reporters Friday morning less than 24 hours after news of the death broke.

“It’s a very emotional time for our organization,’’ Reynolds said. “It’s shocking, it’s sad and it’s devastating. It’s senseless because you just feel for Joe and his family. He had a young son and I feel for that. I feel for his teammates, our team and our coaches. As an organization we are just devastated.”

Head Coach and General Manager Chris Jones is in Florida at a mini-camp, but his voice was full of emotion as well as he described someone whom he had kept an eye on for a long time.

“I don’t think Joe had reached his potential,’’ Jones said. “We had some talks and he had a little trouble staying healthy. We talked about different things that he needed to do in the off-season to let him play at least 15 ball games next year. We had plans to have him back and every talk I had with him was he wanted to be back.’’

When asked to describe the goings-on, Jones said it was "unsettling", and that Greg Knox Junior and Greg Morris have taken the death extremely hard.

Reynolds said the team will make counsellors available if needed, and the team's pastor is reaching out to any player in need as well.