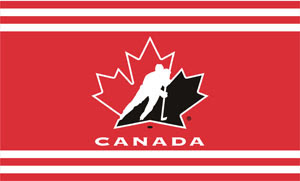 The Paris of the Prairies has been selected to celebrate Canada’s game June 19-20, 2017, when Saskatoon hosts the 14th annual Hockey Canada Foundation Gala & Golf.
The event is Hockey Canada Foundation’s largest annual fundraiser, and net proceeds from the gala evening and golf tournament go back to supporting the growth of the game across Canada, with half of the funds staying in Saskatchewan.
The announcement was made at a news conference Monday by Hockey Canada Foundation chair Barry Lorenzetti.
“Our mission at the Hockey Canada Foundation is to promote and foster accessibility to the game. We do that by supporting hockey programming aimed at recruiting new players, coaches, and officials; providing greater access for all participants to benefit from the game we love; and developing skills for players, coaches, and officials,” said Lorenzetti. “The Foundation’s Golf & Gala is an exciting event that celebrates hockey’s rich, Canadian heritage, and we are looking forward to bringing it to Saskatoon and the province of Saskatchewan.”
The two-day event features a star-studded gala, being hosted at TCU Place on June 19, where Canada’s national teams who have won gold at IIHF and IPC world championships throughout the season – be it the IIHF World Junior Championship, IIHF World Championship, IIHF Women’s World Championship, men’s or women’s IIHF under-18 worlds, or IPC Sledge Hockey World Championship – are honoured. A celebrity golf tournament will follow on June 20 at The Willows Golf & Country Club.
“Hockey is our national winter sport and it is particularly well-loved here in Saskatchewan,” Parks, Culture and Sport Minister Ken Cheveldayoff said. “The Hockey Canada Foundation does exceptional work in providing an opportunity for all young Canadians to play hockey. We are pleased that Saskatoon and the Province of Saskatchewan have been chosen to host this national fundraising gala.”
“It is great news for Saskatoon to host Hockey Canada Foundation’s national fundraising gala event,” said Saskatoon Mayor Charlie Clark. “It’s a wonderful way to continue the legacy of Gordie Howe and his roots here. Thank you to the organizers for pulling this event together, we look forward to welcoming the hockey community from across the country and showing everyone our great Saskatoon hospitality.”
Order of Hockey in Canada
A cornerstone component of the Hockey Canada Foundation Gala & Golf is the honouring of that year’s Distinguished Honourees of the Order of Hockey in Canada. First introduced in 2012, the Order of Hockey in Canada honours a select number of individuals annually whose role or service in the game in recognized as extraordinary in Canada. A total of 18 men and women have been named to the Order of Hockey in Canada, including David Branch, Geraldine Heaney, Mario Lemieux, and Bob Nicholson, who were added to the Order in 2016.
“The list of past honourees speaks for itself – Howe, Gretzky, Campbell-Pascall, King, Henderson, Quinn, and many more. The Order of Hockey in Canada is a special honour, and the Hockey Canada Foundation gala is a special night for us to celebrate some of our country’s legends of the game, alongside the women and men who have represented us at the highest level of international competition throughout the season,” said Tom Renney, president and chief executive officer of Hockey Canada. “We look forward to joining with the Saskatoon community in June to celebrate Canada’s game and the special people who have helped build it throughout the years.”
The 2017 Distinguished Honourees of the Order of Hockey in Canada will be announced early in the new year.
Funding gives back to hockey in the community
Renney noted the importance of bringing the Hockey Canada Foundation Gala & Golf to cities across the country, and to supporting the growth of the game from coast to coast to coast.
“Hockey is about more than learning how to pass, shoot, and block shots; it’s about all of the life-lessons players, coaches, and officials take away from the game and apply to all aspects of their lives,” said Renney. “I believe that the character traits developed through participation in sport and organized activity – and hockey in particular – are what make us great citizens, and admired by countries around the world. So it’s very important for Hockey Canada to see an event like the Gala & Golf hosted in cities across the country, where those communities can craft meaningful legacies that continue to grow the game for years to come.”
Half of the proceeds from the 2017 Hockey Canada Foundation Gala & Golf will support legacy programs and projects in Saskatoon and throughout the province. Team Canada alumnus Blair Davidson is chairing the local steering committee that will work with Hockey Canada and the Foundation on the event.
“I would like to thank Hockey Canada Foundation for giving Saskatoon the opportunity to host an event such as this that celebrates the game that we love so much,” said Davidson. “The opportunity to provide legacy funds for the sport and its builders as a result of this event is exciting for us. Working in partnership with Saskatoon Sports Tourism, we are in the process of building a strong committee of dedicated volunteers to help us make this the most successful Foundation event yet.”
Davidson indicated the committee will unveil the exact details of the event’s legacy plan for Saskatoon in the near future.
Partnering with the local steering committee and Hockey Canada on the successful planning and execution of the event is Saskatoon Sports Tourism.
“On behalf of Saskatoon Sports Tourism we are absolutely thrilled to be partnering with the Hockey Canada Foundation to host these prestigious events in our city in June 2017,” said Morris Smysnuik, chair of Saskatoon Sports Tourism. “We also want to thank everyone at the Foundation for recognizing the hosting expertise that Saskatoon has developed since the inception of our organization. We especially appreciate the fact that a portion of the net proceeds will remain in Saskatchewan for the development of hockey. We welcome you to Saskatoon and we look forward to working with you to make these events a success for everyone involved.”

"Paris of the Prairies" LMAO