Mike Goldberg Out as UFC P x P After UFC 207 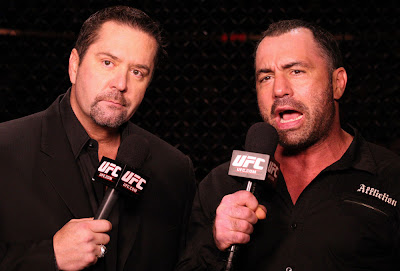 Veteran play-by-play commentator Mike Goldberg will be leaving the UFC after his duties are complete on Friday night in Las Vegas when he calls the action for UFC 207: Nunes vs. Rousey.

“That is true,” White said about Goldberg’s exit after UFC 207. “When these kind of things happen I’d rather not talk about it. If Mike wants to talk about it, ask Mike.”


Goldberg has been a stalwart of the UFC commentary team since first joining the promotion all the way back in 1997.

Goldberg has routinely called shows with color commentator Joe Rogan for more than a decade, but his time with the promotion will come to an end after Friday night.

As far as the future goes, White said he has a plan in the works for his new commentary team but it’s not likely to debut until sometime deep into 2017.

White teased that he has a new play-by-play person in mind, but wasn’t ready to reveal a name just yet.

“I do (know who’s going to replace him),” White teased. “We have guys right now from (Jon) Anik to several fighters who are involved but I’ve had a plan for a couple years now that I’ve been waiting for it to play out and it’s now playing out.