Brian Towriss Stepping Down As U of S Football Coach 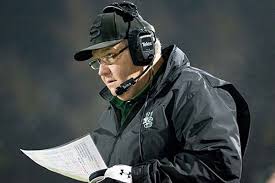 After 33 years as head coach of the University of Saskatchewan Huskies football team, Brian Towriss is stepping down.

Affectionately known as BT, Towriss, made the announcement Monday afternoon after four decades with the Huskie Athletics football program. Towriss took over the Huskie program in 1984 after serving as an assistant coach to Val Schneider since 1980. He spent four seasons as a defensive lineman for the Huskies from 1974-77 and was named a conference all-star in 1974.

Towriss, 60, holds the national record in wins by a football coach at 196 and has coached the most games in University sport with 315.

"I want to thank all of those that have supported me throughout my career at the University of Saskatchewan and all of the fans in Huskie Nation," said Towriss. "I have had a fulfilling and wonderful career here. It wouldn't have been possible without the support of my wife, Vicki, and my two wonderful children, Kellie and Jake. I have also had the pleasure of working with a loyal group of coaches and support staff that have shared my vision and passion for the program for a longtime. I am proud to say that we won a lot of football games and we did it with honesty, respect and hard work. I wish the program continued success and a return to national prominence."

The Moose Jaw native has led Saskatchewan to three Vanier Cup titles, 11 Hardy Cup titles and nine Vanier Cup appearances. He is a nine-time Canada West coach of the year and one-time national coach of the year. In his tenure, 154 Huskies have been named conference all-stars, 71 All-Canadians and 160 to a Huskie or national all-academic team. He has coached 47 players who went on to play in the CFL.

He joined an elite group in 2007 when he was handed Saskatchewan's highest honour by the Government of Saskatchewan, the Order of Merit.

"BT has had a long distinguished career as a coach, but moreover as a well-respected leader in sport across the Canada West and U Sports," said athletic director and long-time friend Basil Hughton. "He has impacted many young athletes, coaches and staff throughout his years of service as their mentor and friend. BT has devoted countless hours to the University of Saskatchewan as an ambassador promoting our University to not only prospective athletes but to many other audiences across Canada.

"While the term legend is reserved for only a select few, I truly believe that it is fitting to describe BT and his accomplishments as one. He is the consummate professional, the ultimate team player and a well-respected voice around our Huskie coaches table. I am truly happy for him and respect his decision to devote more time to himself, his family and to whatever else his future holds."

The writing was on the dressing room wall. Time passed him by a long time ago. Good luck future endeavors.

Pushed out by a small minded guy who wished he owned the team!! This isn't Laval!!