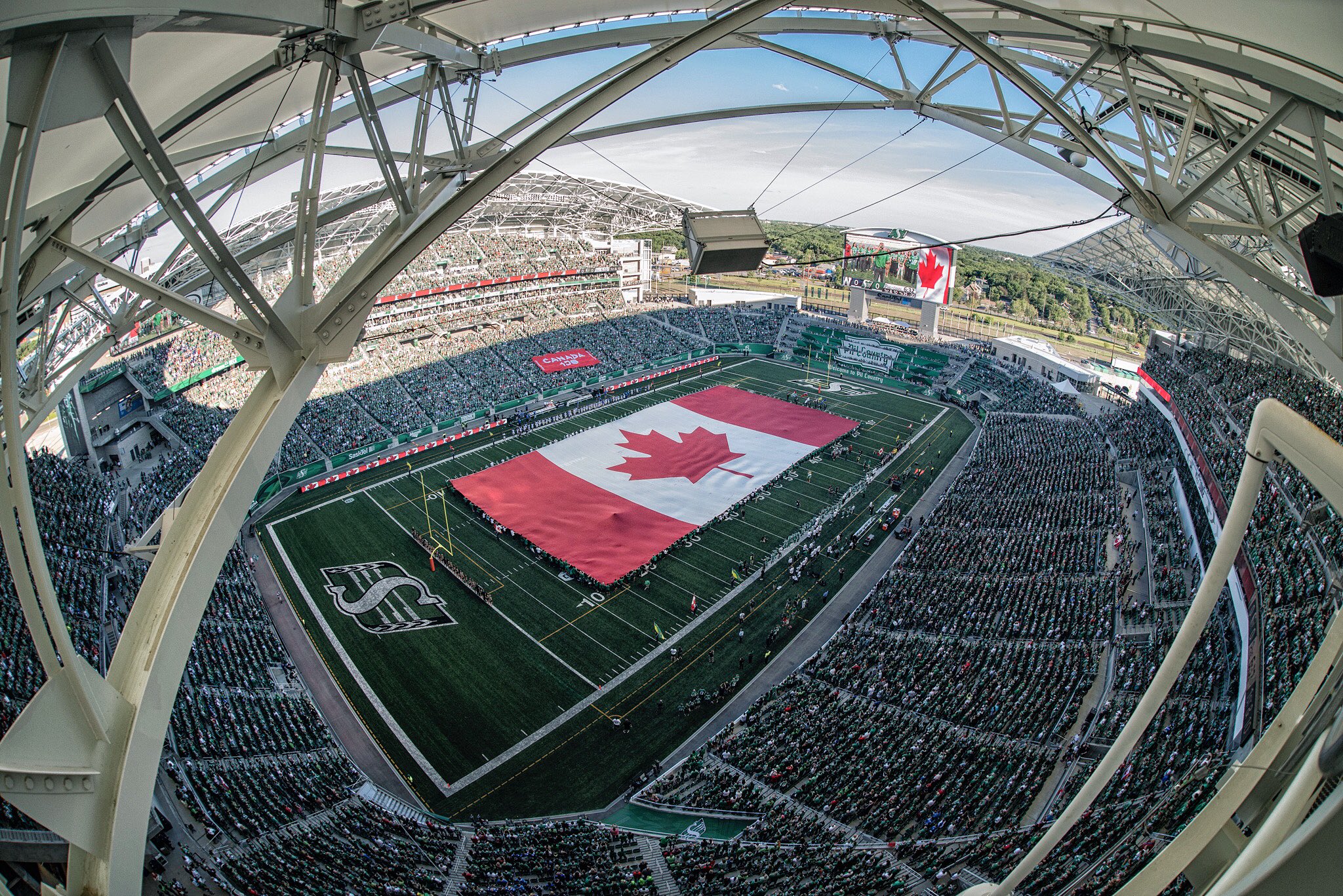 Justin Medlock's 29 yard field goal in the second overtime lifted Winnipeg to a 43-40 win over the Riders in what was an entertaining contest in the first official CFL game at the Riders new home.

Kevin Glenn threw for 377 yards and four touchdowns, but he also threw two interceptions in the contest which drew his ire.

"I let everyone down, I put this one on me. If I make two better decisions, we win that game". Glenn told reporters after the game.  "We fought back to take the game into double overtime, but at the same time I feel we should have had the win.

For the second straight week, Tyler Crapigna had a nightmarish ending to the game as a field goal attempt in the second overtime hit the upright.

"“I’m just unlucky. I don’t know what else to say,” Crapigna said. “It hit the post and that’s what happened.”

Head Coach Chris Jones was visibly frustrated after the game with what happened.

"It's not necessarily the team we are playing making plays, but we're allowing them to have plays." Jones said. "Last week, we played a good defence against Montreal and then they hit a 65 yarder on us. Tonight, we come out in the second half, we blow a coverage and they get a big TD.  I can't put a finger on it right now and I'm not going to throw anyone under the bus, but we have to be more consistent and make plays.  We can play good defence some of the time, but we have to play good defence all of the time. It's very frustrating"


Who was the WPG player who tripped up Marshall just before Crapigna's miss? If he scores, Riders win!


Crapigna has missed 2 FG"s this year. Take a pill people! Yes, the two misses have been huge, but the DB's and their play is what to has to be fixed ASAP. That effort was horrid in the second half.

Do I laugh or cry?


How much more of this is one supposed to take? Jones is the DC yet Bomber receivers are just running by Rider defenders catching passes left, right and center. Nichols overthrew Dressler once in the endzone, and I think it was Denmark in the first half. Make those throws and the Riders have no chance at coming back.

Glenn was great, but he can't be expected to win when Jones continues doing stupid things on defense.


Crapigna should be put on the first rail car going east!