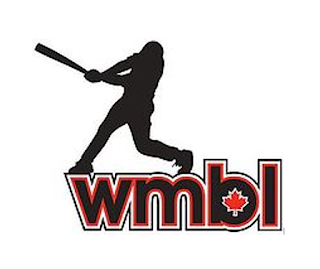 WMBL President Kevin Kvame announced the 2017 League Award winners today. The winners were voted on by selected officials from each team. The selection process was done after a very competitive season that saw entertaining baseball played throughout the WMBL.


Most Valuable Player - Kody Funderburk (Okotoks Dawgs)
Kody Funderburk from the Okotoks Dawgs was named the WMBL MVP.  The Queen Creek, AZ product had a spectacular season. He played in 45 games with a .339 batting average and he led the WMBL in home runs with 15 round trippers. He also made nine pitching appearances and did not allow a run while striking out 11 and earning one save.


Coach of the Year - Phil Curtis (Weyburn Burns)
Phil Curtis has been the Weyburn Beaver’s head coach for five years. This season he led his team to a second-place Eastern Division finish with a 30-18 record. Curtis also won the Coach of the Year award in 2015.


WMBL All Stars
The Okotoks Dawgs sported the top record in the WMBL at 35 and 13. They also led the WMBL with eight League All Star selections (5 first team and 3 second team).

The Regina Red Sox had six players named to the All-Star squads, three to each team.

Eastern Division leader Swift Current followed with five selections (3 on the first team and 2 on the second team).

Lethbridge had four players named to the second All Star team while Edmonton had three selections (2 first teams and 1 second team).

Medicine Hat had two players named while Weyburn and Fort McMurray each had one member make the All-Star team.

Brooks, Melville, Yorkton and Moose Jaw did not have a representative named to either team.