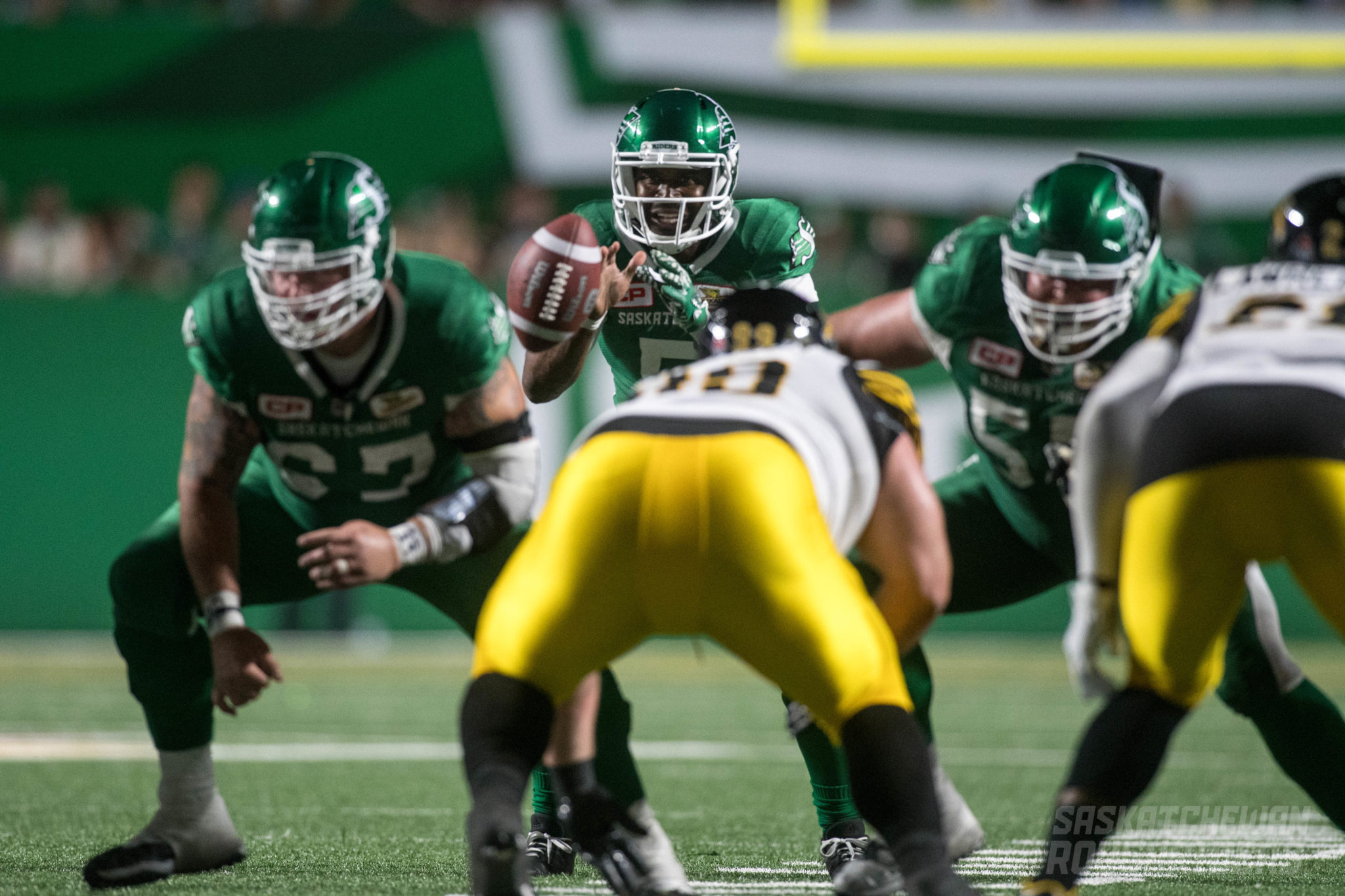 The mood in the Saskatchewan Roughriders dressing room was a lot different on Saturday night than it had been seven nights earlier.

The Riders beat the Hamilton Tiger-Cats 37-20 to earn their first win of the season after two tough losses to open the campaign.

Kevin Glenn shook off an early interception that was returned 110 yards by Justin Rogers for a touchdown by going 32 of 43 passing for 380 yards and two touchdowns.  Glenn has now thrown for over 900 yards and seven touchdowns in the first three games of the season.  At game's end, he was one of many happy Riders. 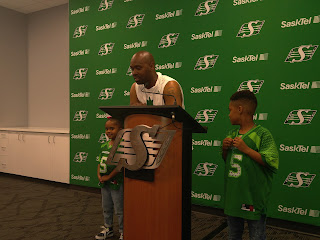 “It shows a lot about the team and the guys in that locker room, the type of character guys that we have." Glenn said with his 8 year old son, and 5 year old daughter by his side. "They still believed and we’re still a team.  It was a big team win and everybody believed in each other and that’s why we were victorious.”

While Glenn threw for two touchdowns, he also ran for two. It is the first time he has done that since September of 2004.

Head Coach and General Manager Chris Jones was happy to finally walk off the field as a winner.

“If you do enough things right, you deserve to win,” Jones said. “That’s nice when you walk off the field knowing that you deserved to win the football game.”

Jones also gave credit to the Rider Nation for their vocal support during the game as the crowd forced Hamilton into numerous penalties.

"I felt the crowd tonight more than last week. It's kudos to the people that come out and support the football team." Jones quipped. "We've left them a little bit to be desired the past year and a bit so for them to keep showing up, it's a feather in our caps.


I can't be the only one seeing how ineffective Darian has been, and how efficient KG has been. Gasp!! Could the evil Chris Jones actually have done something right? C'mon Jones-haters, let's admit it.

The Jones haters will never admit they are wrong. They're idiots like Trump they'll redirect their stupidity elsewhere.

I have to agree on the Durant comment. He's been vastly ineffective for Montreal's first 3 games and they haven't scored 20 points in a single game yet. I thought Jones was wrong getting rid of the guy, but maybe he was correct.

Some of this can be attributed to chapdelaines nickel and dime approach. They have 2 guys who can go get a deep ball Underwood and Cunningham. Plus they have 2 good rbs to keep the D honest. Can't tell me Durant can't throw a deep ball anymore.