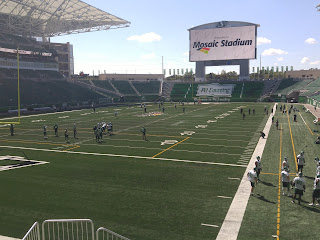 The United Bid Committee of Canada, Mexico and the United States officially started its outreach for cities to declare their interest to serve as Official Host Cities for the 2026 FIFA World Cup™ by sending Requests for Information (RFIs) to 44 cities across the three nations. The RFI asks each city to declare its interest to take part in the bid process by September 5, 2017.

A total of 49 stadiums located in or around those 44 candidate cities will be considered for inclusion in the official bid that will be sent to FIFA by March 16, 2018.

After cities declare their interest, the United Bid Committee will review the submissions and intends to issue a shortlist of cities by late September. The Bid Committee will then provide more detailed bid documentation to the cities and conduct meetings to discuss any questions as candidate cities prepare their final bid, due early January 2018.

The Bid Committee plans to include 20-25 venues in its final bid to FIFA. If selected to host the 2026 FIFA World Cup™, subject to FIFA’s determination, it is anticipated that at least 12 locations could ultimately serve as Official Host Cities. If a city is not selected to host matches, there may be other opportunities to be involved in the 2026 FIFA World Cup™. Those cities, as well as other cities not on the initial list, could be selected as the location for the International Broadcast Center, host Team Base Camps or host major events such as the Preliminary or Final Draw.

The 2026 FIFA World Cup™ will be the first tournament with the expanded 48-team format and will require world-class facilities and infrastructure. Canada, Mexico and the United States are uniquely suited to accommodate the high-level standards FIFA has for hosting a FIFA World Cup™.

“Official Host Cities included in the bid will be critical to the successful United Bid of Canada, Mexico and the United States to host the 2026 FIFA World Cup™ and we look forward to working with all levels of government and our stakeholders to find the best possible candidate cities in Canada,” stated Peter Montopoli, Canada Bid Director and Canada Soccer General Secretary.  “The 2026 FIFA World Cup™ is an incredible opportunity for our country to develop the men’s game and ensure that Canada continues as a leading soccer nation for the next generation.”

The 49 stadiums represent a wide spectrum of facilities, including stadiums for soccer, football, and domed and retractable roof stadiums. All stadiums are required to have at least 40,000 seats for group stage matches, and a capacity of at least 80,000 to be considered for the Opening Match and the Final.

A list of the candidate cities and venues can be found at the end of this release.

Municipal leaders in each city have been asked to provide information about each city’s transportation infrastructure, past experience hosting major sporting and cultural events, available accommodations, environmental protection initiatives, potential venues and more.

In addition to a stadium capable of hosting international soccer, each city has to propose top international-level training sites and locations for team base camps, and hotels for teams, staff and VIP’s. The Bid Committee will also evaluate cities on their commitment to sustainable event management, aspirations to develop soccer, and the positive social impact they anticipate in the local community and beyond stemming from the event.

I would hang my head in shame.

To each their own. I wouldn't be interested, but I'm sure many would, especially Saskatoon fans.

Even though New Mo Stadium a supposedly reputed city owned entity/venue, the people behind the scenes connected to the SkRrs will surely block this one time world event from happening in Regina. It was made clear by their selfish actions, feeble thinking from the get go that they limit other option use with the turf instalI. A mindset of exclusive ownership rights use so to say. Regina City Hall needs to correct that asap and look at all viable revenue options presented to their table.

Who's going to pay for the deconstruction, recontruction of the required FIFA pitch?