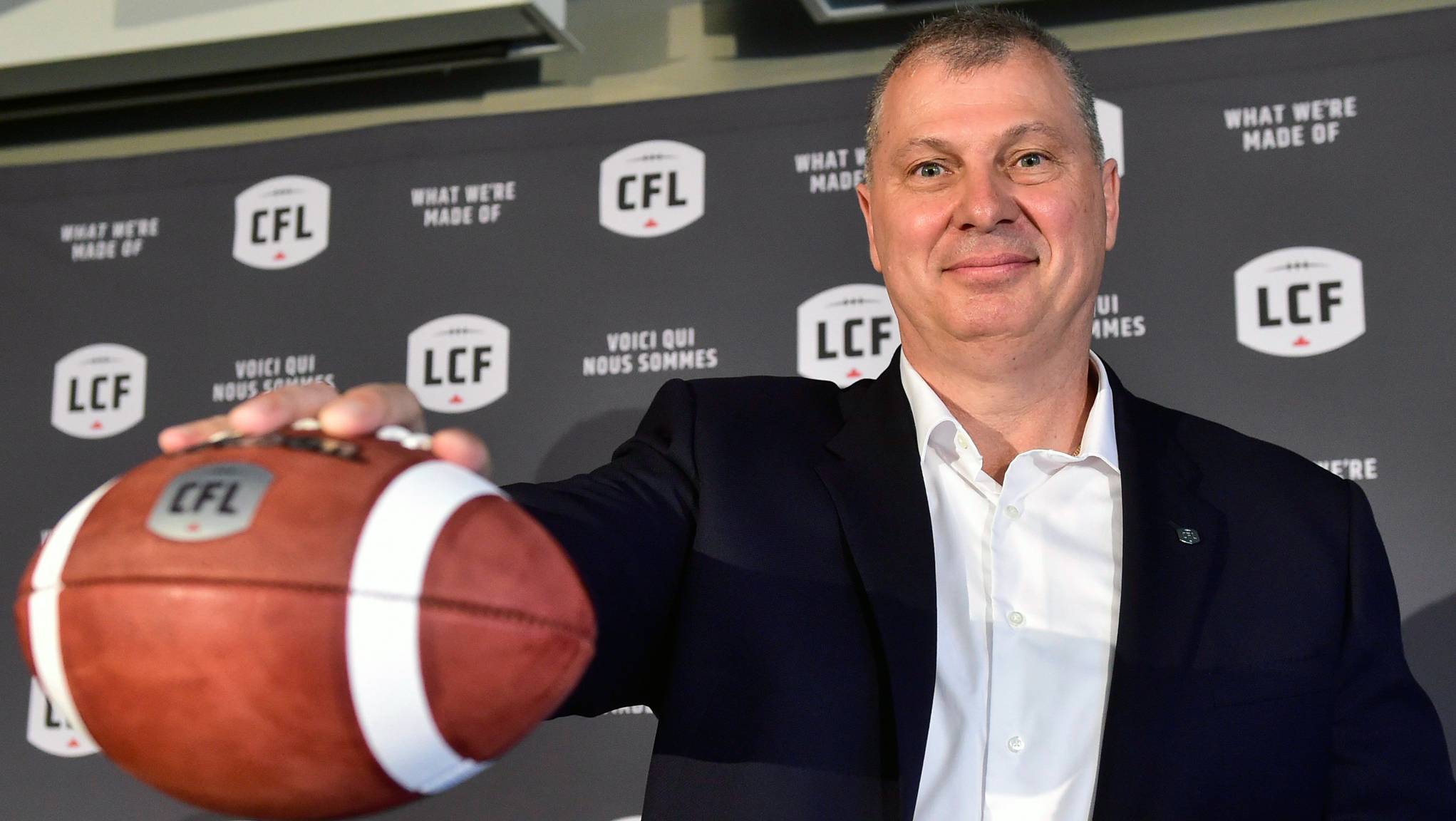 Canadian Football League commissioner Randy Ambrosie is a big fan of the East-West dynamic but says he would entertain discussions about a change to the league’s playoff structure.

“I would tip my hand and say that I’m a passionate believer in East vs. West … I think it is part of what has made the league special,” Ambrosie said in a telephone interview Tuesday. “It has that uniquely Canadian identity.

“Having said that, I also know that we have to bring modern thinking to everything about our league. I’m willing to have the conversation for sure. We have to be open-minded because the world is changing around us and we don’t want to have our heads in the sand.”

A major imbalance in the strength of teams in the West and East this season has spurred talk of a change to the playoff format.

Currently, the top three teams in each division make the playoffs, unless the fourth-place team in one division has more points than the third-place team in the other. In that case, there is a crossover, which has occurred nine times since it was introduced in 1996, with West teams crossing to the East every time (most recently last season when the Edmonton Eskimos crossed over).

However, this year all five teams in the West have records that are as good or better than all four teams in the East. The Edmonton Eskimos alone, with seven wins, have as many victories as the four Eastern teams combined.

Going back to last season, the Ottawa Redblacks won the East and hosted the division final with an 8-9-1 record, while the Winnipeg Blue Bombers (11-7) and Eskimos (10-8) had to try to win two playoff games on the road.

In a column on Sunday, we suggested it’s time for the league to look at scrapping the East-West format and going to one division, with the top-six teams making the playoffs.

Ambrosie, who was an offensive lineman in the CFL from 1985 to 1993, has been on the job as a commissioner for only a little more than a month, but has already shown a propensity for decisiveness and a willingness to converse, listen and change, if necessary.

It seems unlikely he’d be voting in favour of a change to the East-West structure himself, however.

“Like most who have a history with something, my history with East and West goes back to being a kid and we used to do fundraisers, selling football pool tickets,” Ambrosie said.

“We went around to all our friends and neighbours and it was East vs. West and it was like that in my earliest recollection of Grey Cup games and Grey Cup parties. I was from Winnipeg and rabidly cheering for whoever was representing the West over the evil empire from the East, whoever that happened to be, and it’s hard to shake the feeling that it’s just a big part of being Canadian, East vs. West.”

Ambrosie also likes the fact that a team like the Redblacks, despite not having a great regular season, was able to win the Grey Cup last year, beating the 15-2-1 Calgary Stampeders in an overtime thriller.

“I went 16-2 in Edmonton in 1989 and we lost to the Saskatchewan Roughriders, who were 9-9, in the Western Final, and they went on to win the Grey Cup.” Ambrosie said.

“I was in Regina this weekend and I saw how proud they are of that Grey Cup. It’s a reminder that regular seasons are important but playoffs matter more. Calgary last year, right? Sometimes there’s just some magic in getting hot at the right time.”

I love what this guy is doing! He is doing his damndest to make the CFL a better league. Not everything will work, but he is going to do a lot of experimenting.


The Eastern teams won't go for this, but nice try!

This guy has done more good for the CFL in first few months than the last guy did his entire tenure.

This has been a long time coming, it's a very good idea/decision to head in this direction for a 9 team league. One would hope it's desired effect would be the former East Division teams would now have to pull up their socks like the rest to stay competitive. The best of the best get to play in the playoffs, the way it should be. Good move idea on the CFL, get it done Commisionier Ambrosie.

No wonder so many fans have great disdain for the CFL, including many Eastern fans. Promoting a league and system that rewards incompetence shows perhaps just how out of touch he is from his day growing up in Winnipeg.

You reward excellence and not the other way around. Even if a 7-11 team can win the East and fluke out a GC win, it still doesn't take the ugly taste out of the mouths of teams and fans who were deprived because of an archaic system.

I could care less if Edmonton and Calgary met in the Grey Cup, in fact it might make for a heck of an event. If they were the two best teams in the league, so be it. Shouldn't other team raise their level as opposed to having the system lower the standards for them?

Nothing like it in Pro Sports and actually quite pathetic.

I would do away with the divisions, as teams are playing eight out of 18 games outside of the division anyway. Just have one nine-team league. Play two teams three times each, and the other six teams two times each. Put in a four-year rotation as to who a team plays three times in a season, so everybody plays each team nine times in four years.

This disparity between the West and East is worse than the NBA.