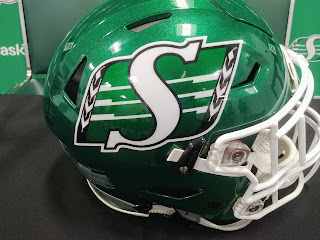 The Saskatchewan Roughriders have announced their football operations and coaching staff for the 2019 season:

It's shameful the way Jones locked-in McAdoo before he jumped ship.

Take out every person Chris Jones brought in. Wonder how Jeremy Oday would have proceeded and with whom. Oday football connections a bare cupboard.

Considering there is a salary cap on coaches, you couldn't really move these guys and hire anyone.

Tell us o wise one, who would you have proceeded with and stayed under the cap? Please tell us. We all want to know.

While you are at it, go throw your support behind some other team.

O'Day has left more football knowledge on the field than this yahoo has probably ever had.


I have to think there is someone more qualified than Ryan Pollock when it comes to football operations. Pollock knows his hockey and has done a great job in communications, but football ops? I dunno!!


I'm with the 3rd poster. I would like the O'Day hater to please tell us who he would have gotten while staying under the cap.

Cmon pal, show us how stupid you really are!

Rephrased just for you.
If Chris Jones hadn't signed his staff in place before he left for the NFL would Jeremy Oday have had his very own team vision with his very own coaching staff in mind? Oday hamstrung to his own vision of team operations and how he proceeds, stuck with the previous gm's people. Surely Oday would have eliminated a few men off the current staff if not all, including the current head coach while starting off on a clean slate unto himself. After all, a long time Roughrider employee one would expect Oday would have his own idea of who he would hand pick as his own head coach and build the team from there. As evident to the above announcements, Oday starting to bring in his own men. Expect season ending contracts due to expire getting a full review by the gm with his adjustments. Oday! football connections a bare cupboard. AAL, XFL, NFL putting a drain on the available.

O'Day didn't have any choice in the matter, Jones extended McAdoo before he resigned.

Duh! We all know that.
Oday hamstrung by previous inherited team staff!


I think everyone knows this list would look a lot different if the coaches cap wasn't in place.

O'Day might be the GM, but Dickenson wouldn't have been HC and McAdoo would have been sent packing.

What happens next year will be interesting with all coaches. The pressure is on.

keep waiting. or we can send the full list via your email at a later time.