Manziel Experiment Over As Alouettes Release Him 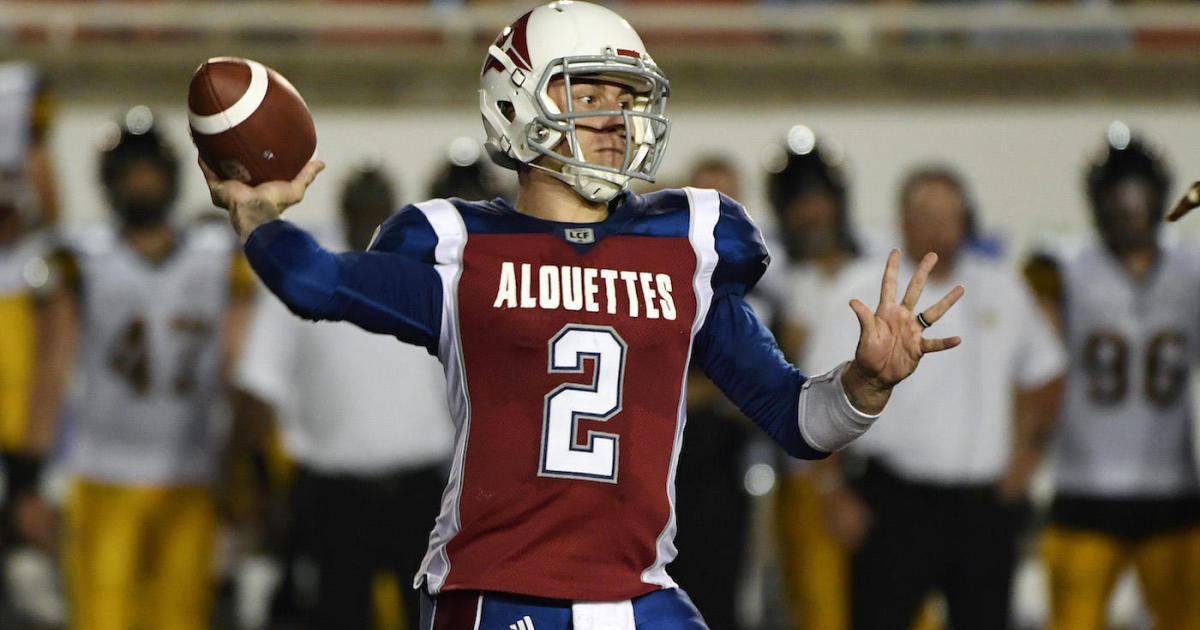 The Montreal Alouettes released quarterback Johnny Manziel on Wednesday, saying he "contravened the agreement which made him eligible to play" in the Canadian Football League.

The CFL effectively said the 2012 Heisman Trophy winner is terminated. The league informed the eight other teams that it wouldn't register a contract for Manziel if any tried to sign him. Montreal had his full rights for two seasons.


"We advised Montreal that Johnny had violated one of the conditions we had set for him to be in our league. And Montreal announced his release today," CFL commissioner Randy Ambrosie said in Vancouver. "We didn't release the terms of those conditions then and we're not going to do that now.

"We're trying to do what we believe is in the best interests of the entire league. The conditions we set, we thought were the right ones. Those conditions have been violated and we feel it's best, and Montreal feels its best, to let Johnny move on. And we think it's best for our league that he do the same. And we wish him well.''

Alouettes general manager Kavis Reed told reporters that Montreal would not have released Manziel if the CFL did not mandate the move.

"No, sir. Mr. Manziel's performance on the field showed that he had a very good upside, but Mr. Manziel violated the terms and we all understood those terms and we have to be compliant with them," Reed said.

Reed wouldn't give specifics about how Manziel violated the conditions of his agreement with the league.

"We are disappointed by this turn of events. Johnny was provided a great deal of support by our organization, in collaboration with the CFL, but he has been unable to abide by the terms of his agreement," Reed said in a statement. "We worked with the league and presented alternatives to Johnny, who was unwilling to proceed."

The quarterback posted on social media that he looks forward "to exploring new options."

A source says  Manziel violated a set of conditions set forth by the CFL when he originally signed in May 2018. Although the league never specified the terms, it said in a statement that they were "extensive and exacting" and were generated after an assessment from an independent expert on domestic violence.

The source did not believe that the release was a result of Manziel attempting to break his contract to play in an American developmental league.

Manziel, 26, played for the Alouettes last season in an attempt to resurrect his career. In eight games, he completed 106 passes in 165 attempts for 1,290 yards, with five touchdowns and seven interceptions.