Welcome to Friday  and the usual thoughts running through my muddled mind. As always, they are in no particular order.


--If I was any good at Photoshop, I would have had a picture of Bo Levi Mitchell wearing a Riders jersey.  There are reports suggesting Mitchell may see what his price is if and when he comes back to the CFL.  While I think the chances of him returning to Calgary are 99.9 percent, it is interesting to hear that.  Could the Stampeders say we need a decision now or we're moving on when it comes to their franchise player?  I seriously doubt it, but if they did, you know the Riders would make a play.  How could they not?  Imagine Bo Levi Mitchell playing for the Riders.

If you thought Craig Reynolds turned the CFL upside down when he hired Chris Jones and his staff after they won the Grey Cup in 2015, imagine the chatter if Mitchell were to wear green!  It would be fantastic theatre and the CFL Twitterverse might explode.    At the end of the day, I don't see it happening, but oh if it did.

-- By this time next week, we will be full into CFL free agency.  Will Mike Reilly have a home? Will Willie Jefferson have one? What about Trevor Harris?  I would like to think names will be flying on Tuesday once free agency begins, but I also think there won't be a lot of moves involving marquee players because of the CBA and what it could mean to them.

The list of Rider FA's is a long one.  While guys like Zack Evans, Mike Edem and Patrick Lavoie have signed new deals, there are still some others who haven't.  Does Rob Bagg get a new lease on life in Riderville with Craig Dickenson around? Is Naaman Roosevelt part of the plan moving forward? What about Eddie Steele, Tobi Antigha, Cam Marshall and Josiah St. John? Expect those four to move to new teams or stay with their old one before guys like Roosevelt, Cameron Marshall and Jefferson sign.

--When you look at the Riders lineup as it stands now, where are you looking when it comes to free agency? If quarterback is the place, I think it is safe to say that a huge bid will not be made for Mike Reilly, but what type of money would you throw at Trevor Harris or Jonathan Jennings?  Once the Reilly domino falls, the rest should come into place.  In the meantime and in between time..........

--The Alliance of American Football starts this weekend. Will you be watching? Of course you will because its football and you want to see how good it is.  You will see some ex-Riders in this league like Trent Richardson, Marquise Williams and Nick James.  Williams is a guy that I wish would have stuck around.  That young quarterback we need to develop may have been right here and he was let go.  This league will not be a threat to the NFL, however it will serve as a developmental league to the NFL.  19 games are going to be on the NFL Network so they obviously don't have a problem in helping promote the league. Time will tell what type of impact it will have on the CFL, but I would think we should get ready for a talent drain of Americans----I mean Internationals!

--With all of these European leagues starting to associate themselves with the CFL, how are they going to be classified?  Will teams really want to take someone from Germany if it means an American player has to be let go.  I don't think so.  Does the league add two roster spots for Europeans so that no Canadian or American is affected?

--The people of Whitewood should be very proud of themselves.  The SaskTel Tankard has come to their little town about 90 minutes east of Regina and if day one is any indication, they have knocked it out of the park. 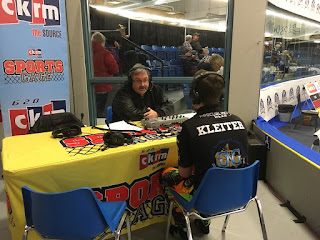 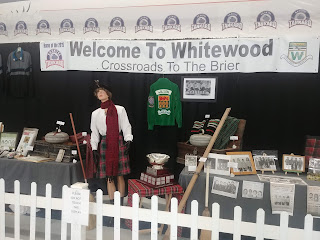 We went there on Wednesday to do the Sportscage and the place was 90 percent full for the first draw.  To see small towns take the task of hosting an event like this means others can do it as well.  The big events don't necessarily have to be in the big cities all the time and while we all know what small-town Saskatchewan hospitality is all about, its always good to get a reminder every now and then.

TSN's Russ Howard is in Whitewood coaching his son Steven's team at the Tankard.  He sat in with me on the Sportscage on Tuesday and I think I caught him off guard when I asked him if himself, Cheryl Bernard and Vic Rauter are the Don and Ron of Curling.  Howard quickly chirped "I don't look good in those collared shirts." The argument could certainly be made because those three are as popular as McLean and Cherry.

--If you need a reminder of how popular McLean and Cherry are, head to Swift Current on Saturday for "Hockey Day in Canada". They will be front and center.  There might be no one in this business as good as McLean.  The only one better might be Chris Cuthbert.  I could talk with McLean all night long about the game and hang on his every word.  Watching him do his thing at Hockey Day in Canada in Shaunavon many years ago and being a part of that event was a day I fondly remember. It is right up there with the 2007 and 2013 Grey Cups when it comes to events I have covered.

--This cold weather has me aching more and more for the start of baseball season. Just sayin! The cold weather also has me just aching.  Again, just sayin!

--Tuesday's Journey Tour at the Conexus Arts Centre reminded me of two things. 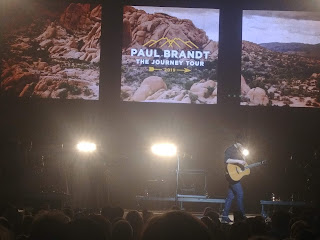 1) How great a venue the CAC is.  It has been a while since I have been to a concert in that place.  Is there a bad seat in the building?  My seat certainly wasn't as I watched the Hunter Brothers, High Valley, Jess Moskaluke and Paul Brandt perform and 2) How many great Canadian country artists there are that are from Western Canada.  Those four just scratched the surface.  It was a great night at Conexus as I knew it would.

--Looking forward to tonight's Canada West play-in game between Mount Royal and the U of R in what will be the last appearance of the year for Steve Burrows and the men's basketball team at home.  I'm not sure if I like these play-in games to be a one-game affair and a not a best of three, but that's what you have.  Head down to the CKHS for the game and check it out.  It starts at 7.


The AAF will likely be at the same level as the CFL when it comes to play and talent. Why wouldn't you watch it?


Great show from Whitewood. It is refreshing to hear the show and not get the "ME" factor. I am not talking about your competition either.

If BLM did come to Saskatchewan, I would be the first in line at the Rider Store to get his jersey.

BLM isn't going to sign with a team that doesn't have any quality receivers. That leaves the Riders out unless they nab a couple in free agency.

Looking forward to the AAF.

Like you, wish Williams could have stuck around. We might not be having the QB conversations we are having if he had.

A quarterback can make a receiver look a lot better ya know!

Collaros and Bridge made our receivers what they were.

Does anyone think Kevin Glenn comes back now that Jones is gone? I do!

THIS IS REAL NEWS NOT FAKE NEWS!

Saskatchewan Roughriders currently in contract talks with Zack Collaros. Expect status quo moving forward out of the new regime as they ride on the coattails of the Chris Jones era.

Chris Jones, the only GM in history that purposely sabotaged his offense so he could have a better than average defense.

I will love the AAF and Bo Levi may be coming to Sask. Why else would Roddy mysteriously resign?