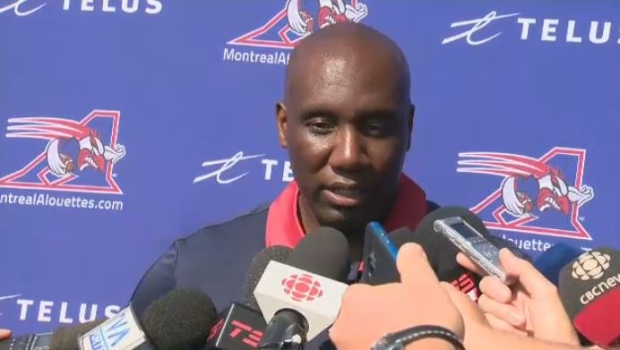 The Alouettes announced the decision Sunday morning, one day after the football team defeated the Ottawa RedBlacks.

Last month the Alouettes replaced head Coach Mike Sherman one week before the start of the CFL season. The team lost their first couple games of the season but now have a 2-2 record under Head Coach Khari Jones.

Assistant General Manager Joe Mack, along with Director of Football Operations Patrick Donovan and Jones will  manage the team until a permanent replacement is named.

The Alouettes have been through a series of head coach and upper management changes since 2015.

Reed was named General Manager in December 2016, taking over the role from Jim Popp who had also been acting as head coach for most of the two previous seasons.

The Alouettes have missed the playoffs for four seasons in a row.
at 7/14/2019


At some point we will hear Kavis approached the Riders about changing Gainer's look. What could go wrong he said!

Word is he has already been passed up to run a lemonade stand.


Sounding like ole Kavis was trying to pull one over on the team.